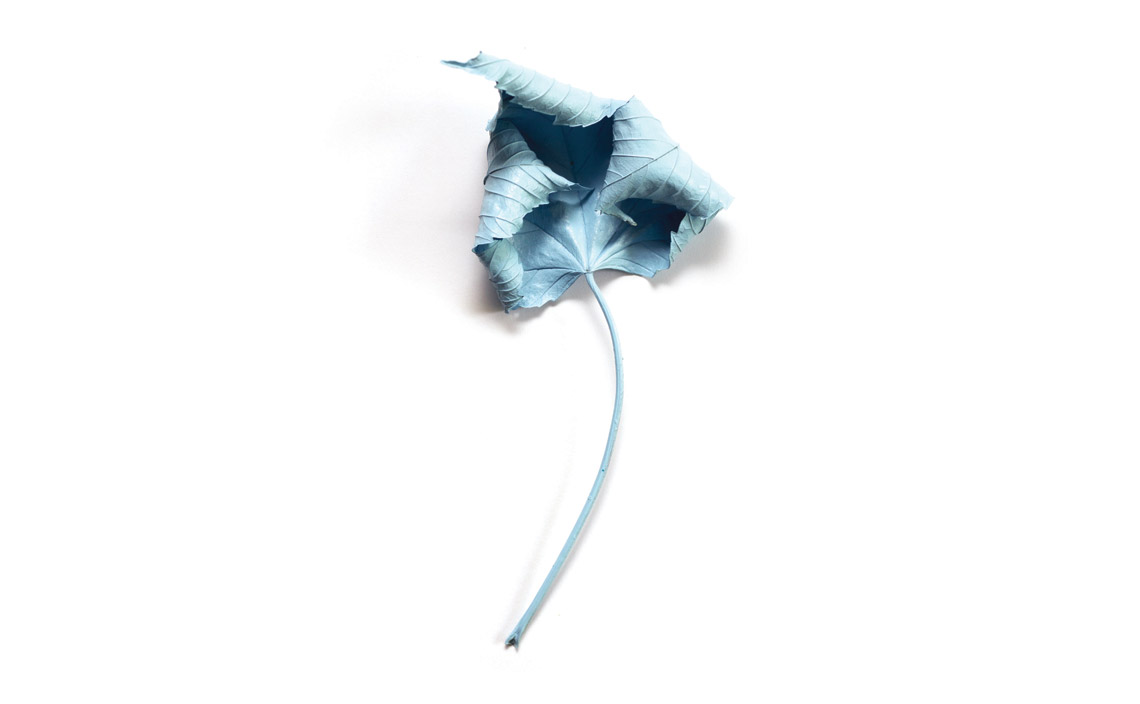 The first of two big albums I’ve been working on this year is out today – Etherwood’s second album, Blue Leaves. There was a lot of artwork involved in it, so here’s a drop of some imagery, notes, and a few exclusive bits that didn’t make the cut. 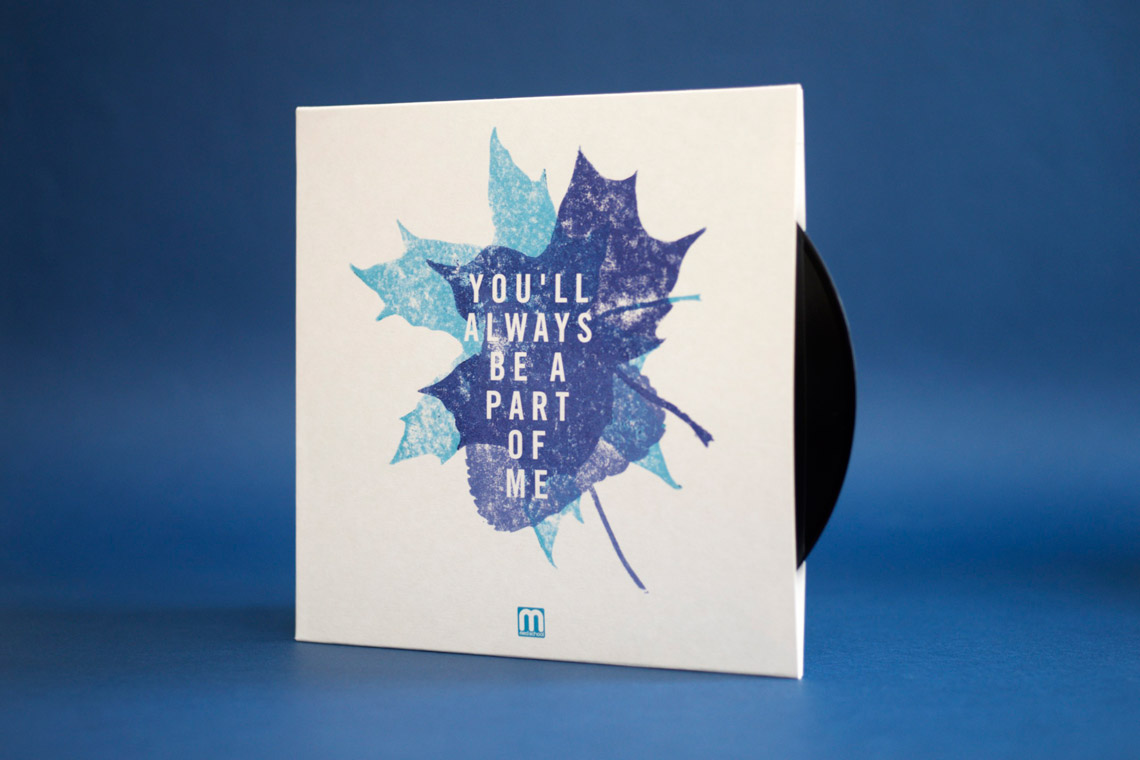 work on the project started way back in January with the single ‘You’ll Always Be A Part Of Me’. When I was briefed on it, all I knew was the album was going to be called ‘Blue Leaves’ and we wanted the single to hint at that without giving the final artwork away. I made some linocuts of leaves, which gave it a nice rustic edge. I also did an earlier version where I did the text in linocut too, but it didn’t really work for Woody: 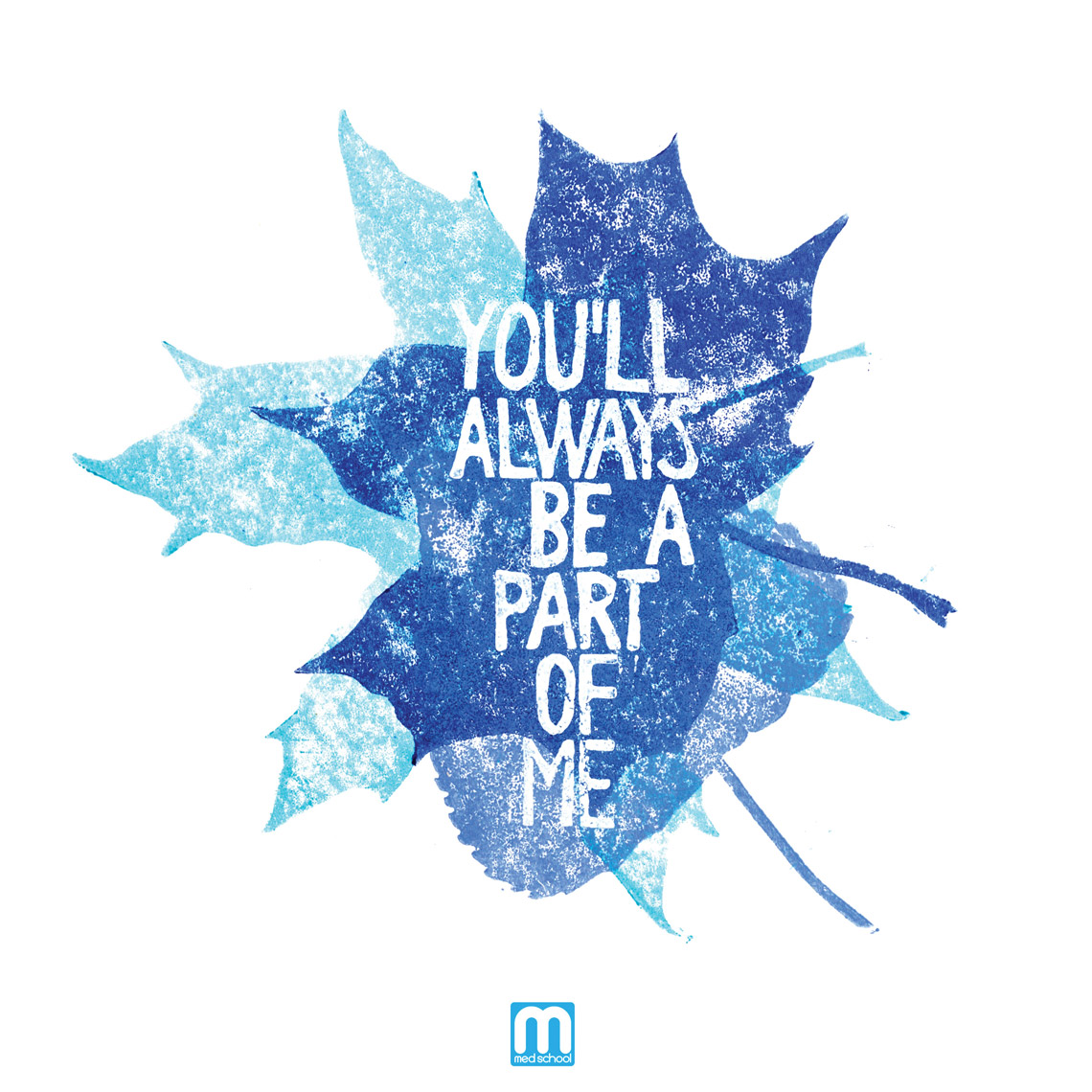 The next single was Souvenirs. I wasn’t given much of a brief for this beyond the title, so this was my first run at it: 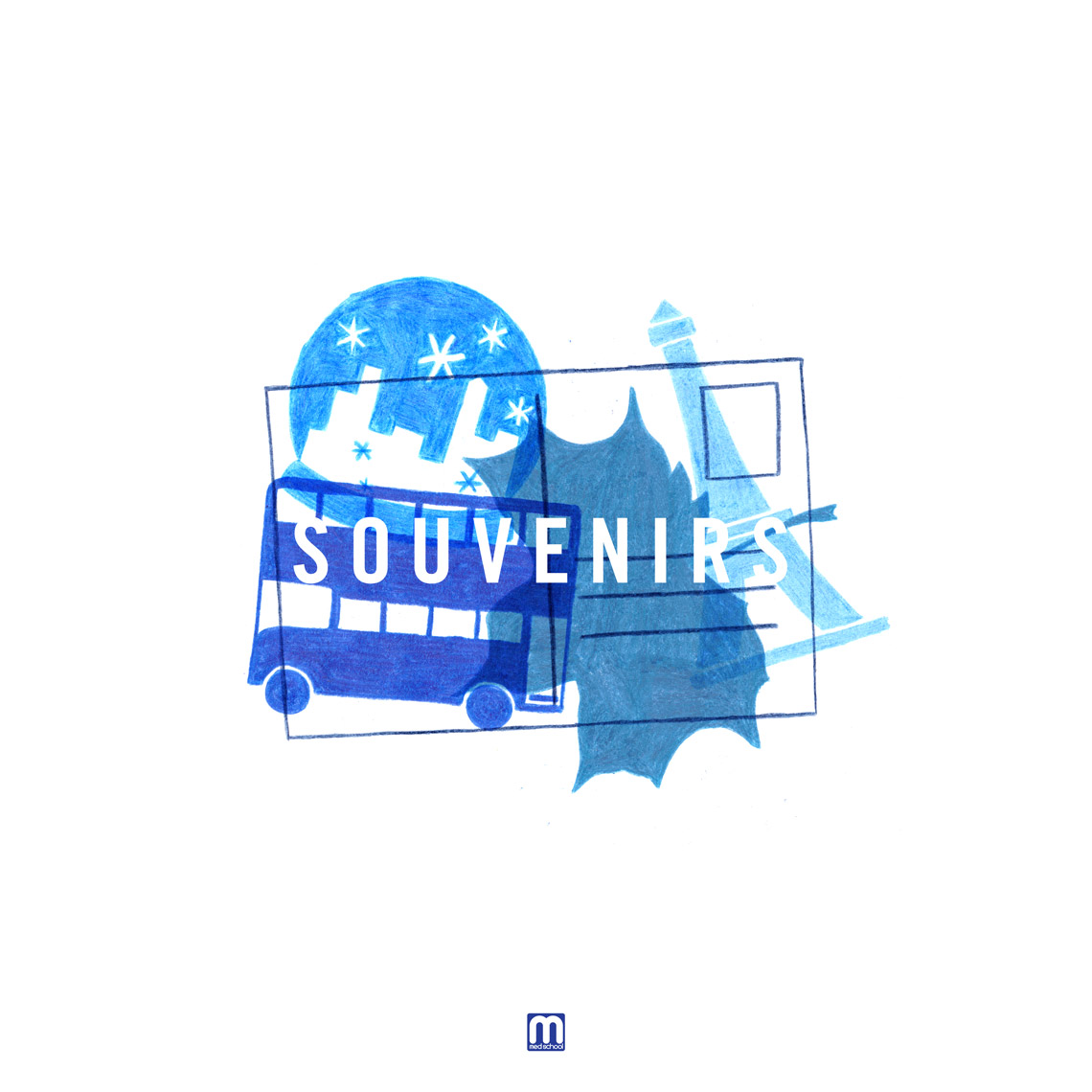 As much as I liked it, it didn’t make the cut. Woody explained that it opened with the lyrics ‘Left it all behind, a package by the door’, and he imagined the cover for this one would be a package. Here’s a post-it sketch of the new idea: 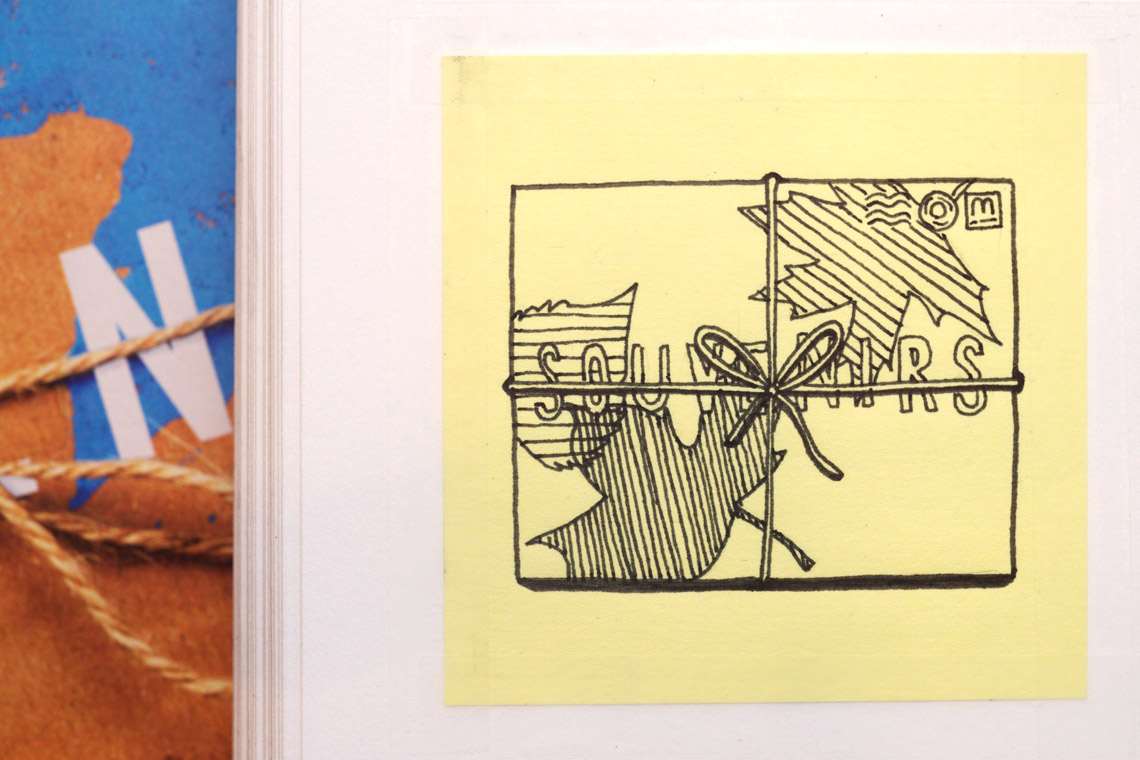 Making a nice inky mess printing up the wrapping paper 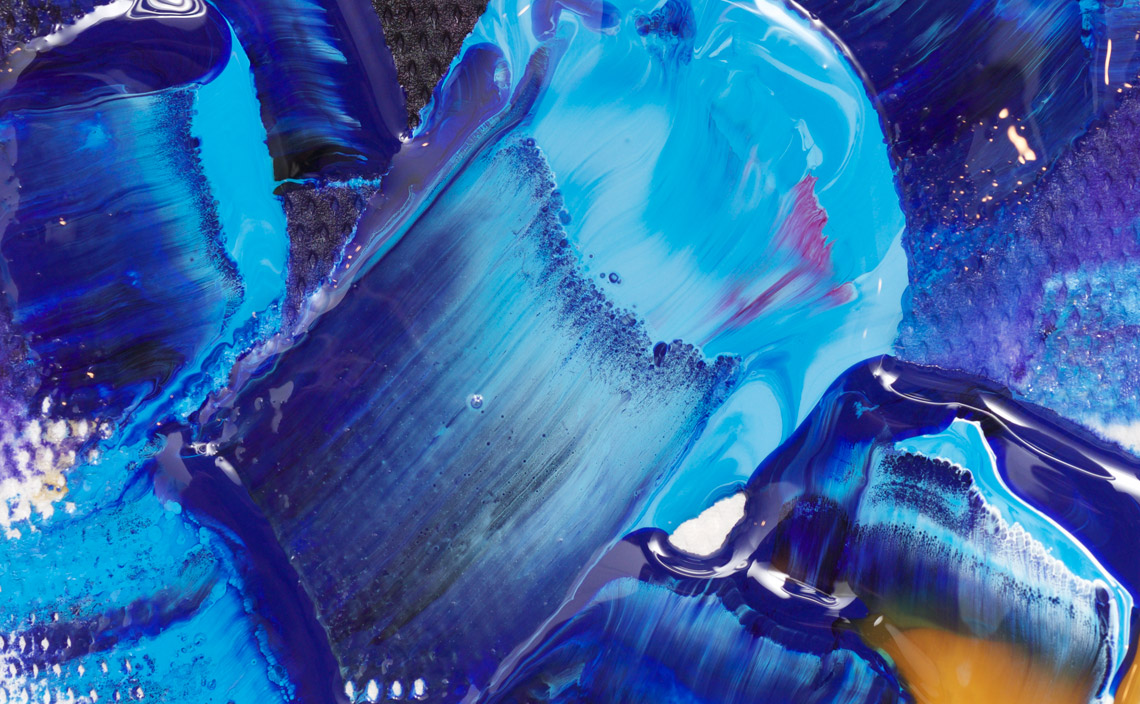 My ten-year-old niece happened to be visiting when I was doing the final shot of this cover, and got her first taste of a career in art-direction, making me reshoot the photo so the string didn’t cover up too much of the text in the final version: 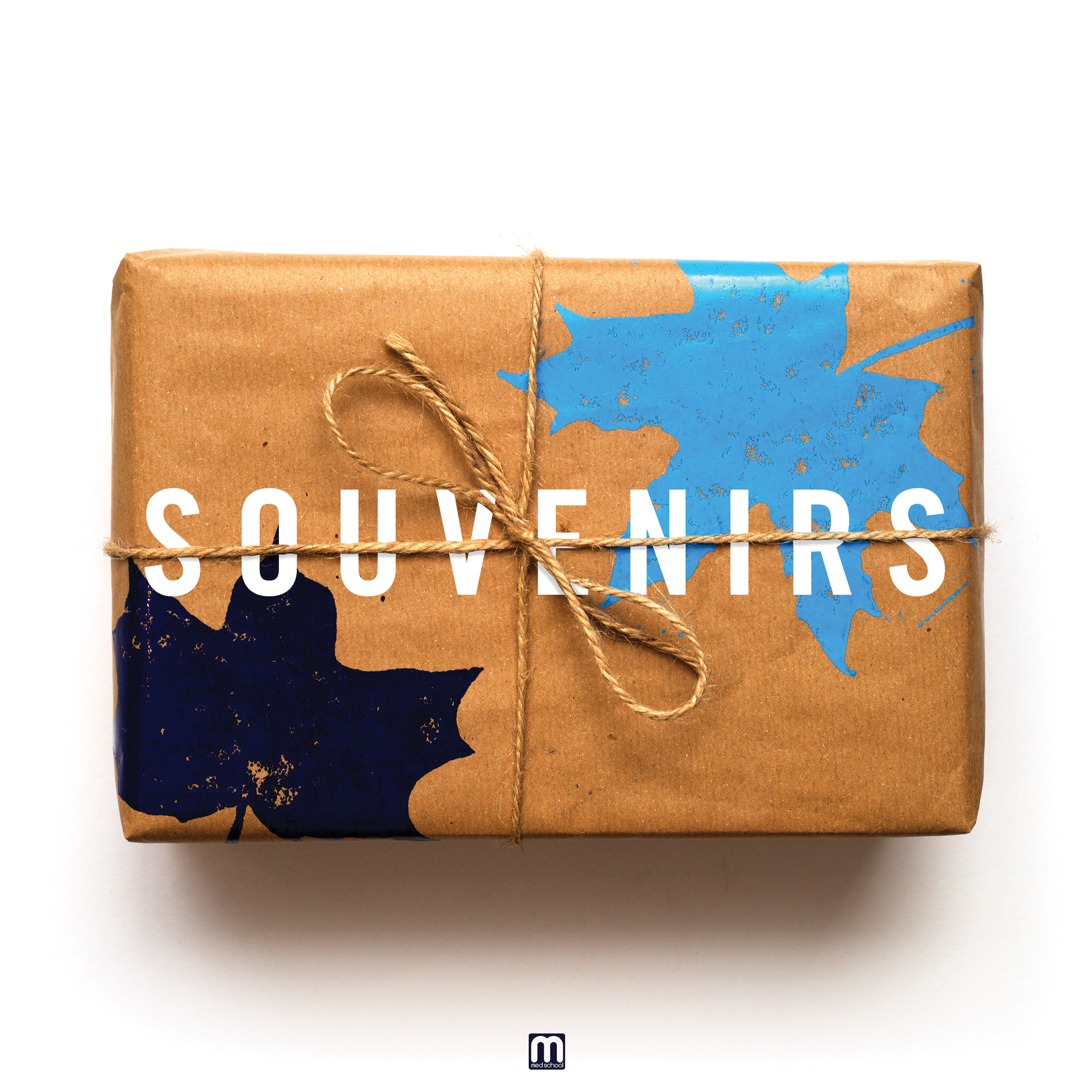 The package from the cover ended up being used in the video – it’s always nice when there’s a bit of continuity between my art campaign and the music video. The only thing is the package hasn’t been returned to me yet, and I think it has an old hard drive of mine inside!

Woody and Zara recorded a live/acoustic version of the track. I was sent to dress the set with some blue leaves, but it ended up looking a bit too much like a department store christmas display, so most of them got taken down before the final recording 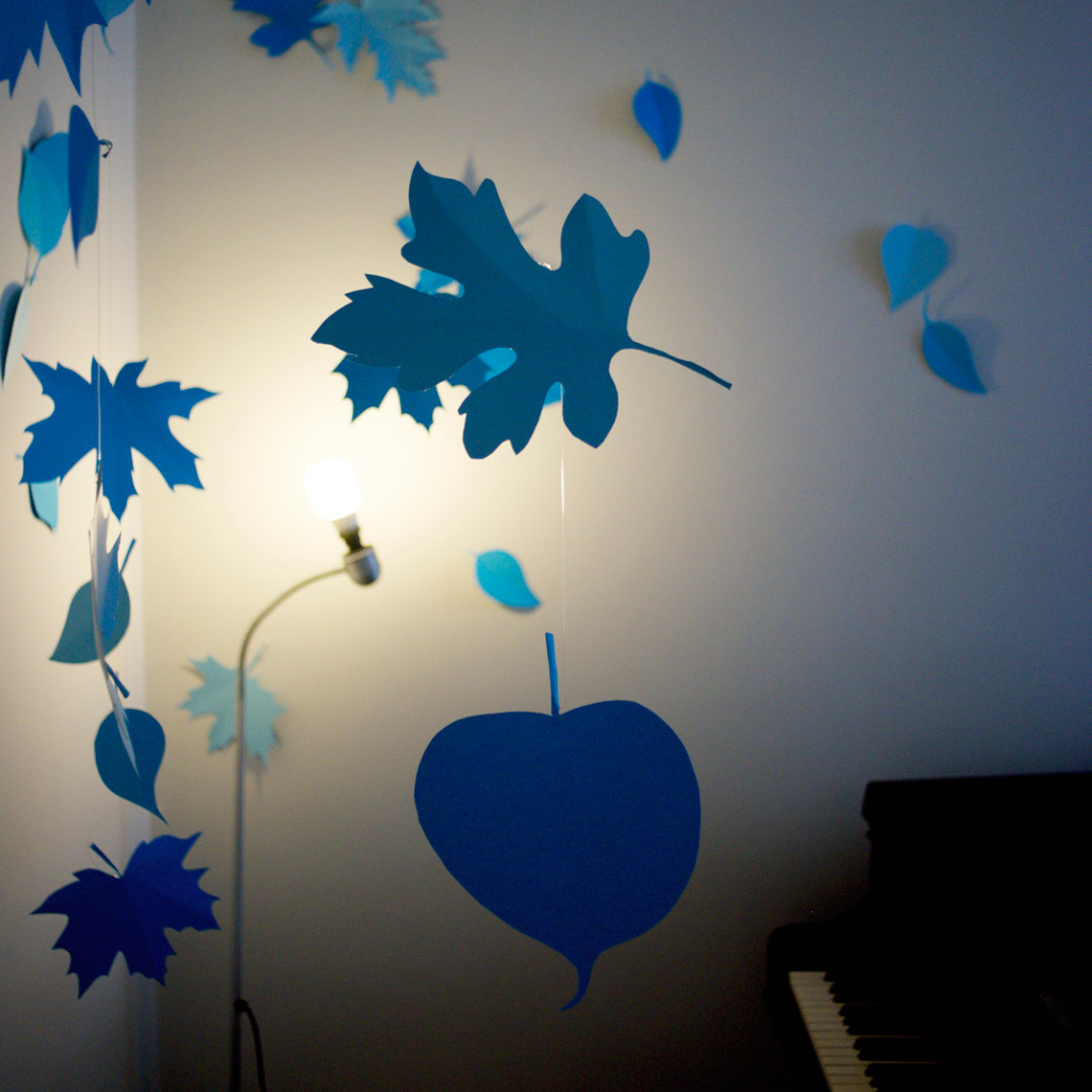 The recordings were good though, and a last-minute decision was made to release them digitally too, which meant a last-minute request for me to cook up some artwork for it. Considering I threw it together in ten minutes, it’s probably one of my favourite images from the project 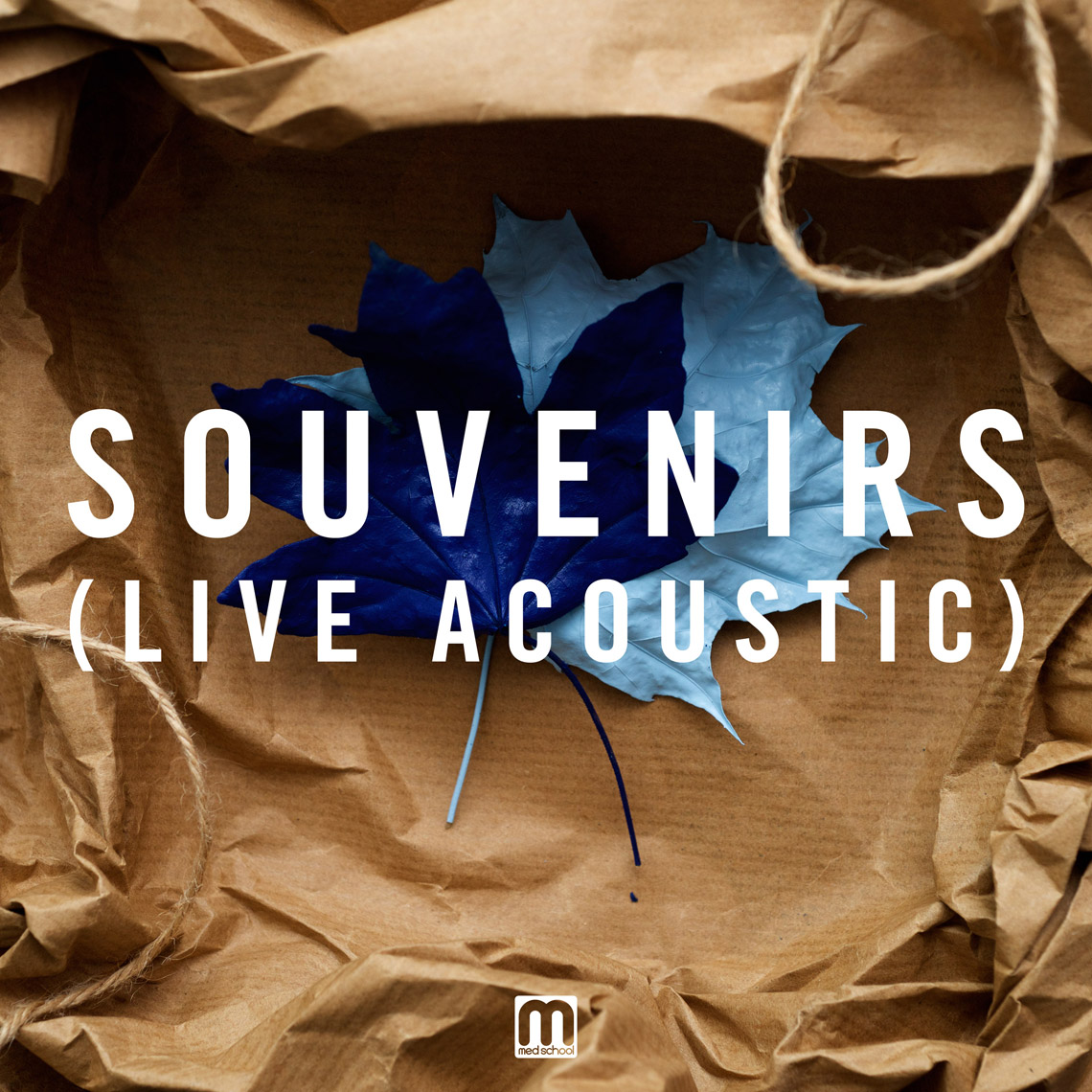 The next single was ‘Light My Way Home’, which obviously became a load of blue leaves falling around a light. The single became BBC Radio 1’s record of the week, which gave everyone a nice boost! 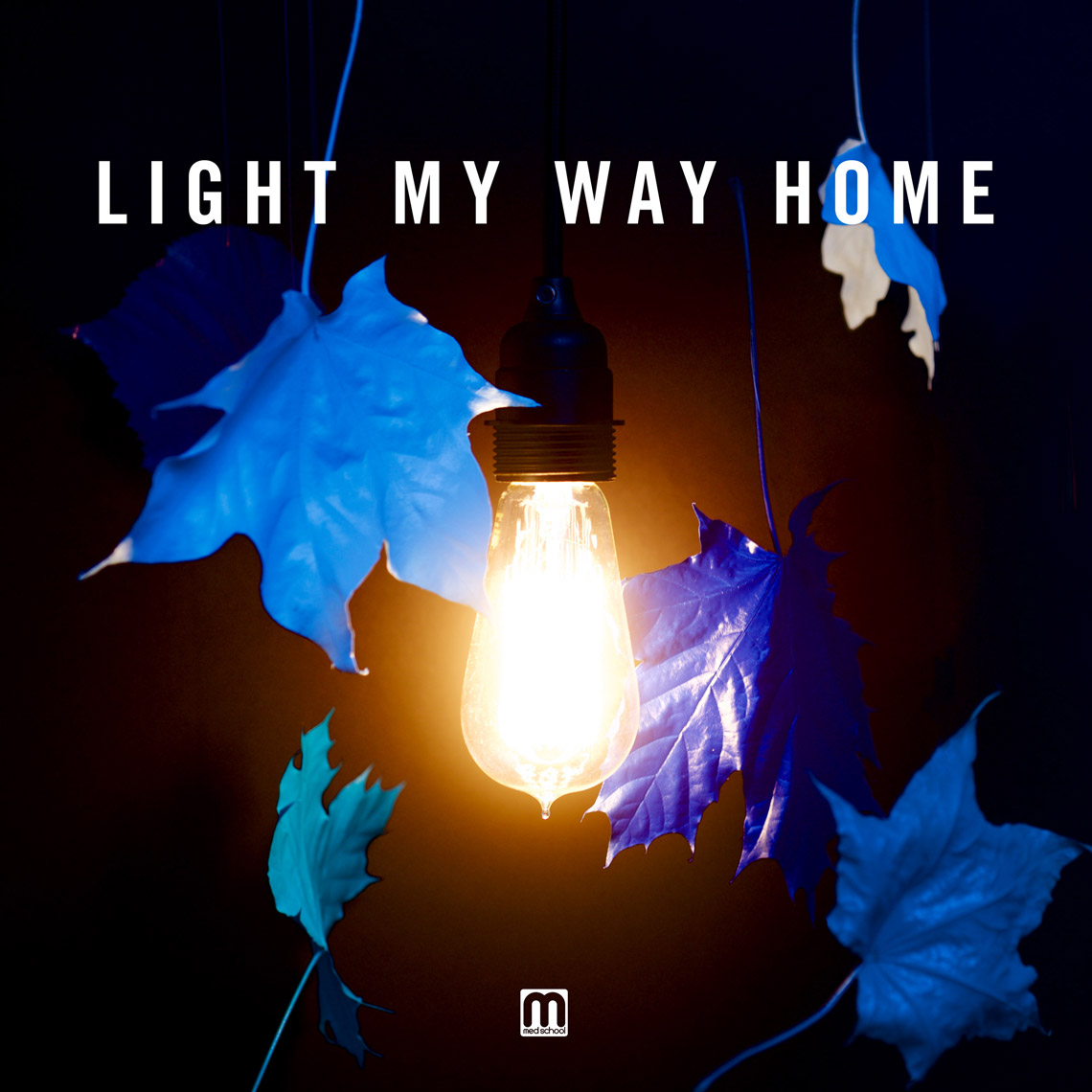 Finally, the album cover! I went picking leaves in the local nature reserve, and spray-painted them all blue, because it looked so much better than making green leaves blue digitally (seriously!). The leaves all started crinkling and curling up almost as soon as I painted them, so I had to work pretty fast to get the cover the way I wanted it. Some of the crinkled leaves were useful elsewhere in the artwork though!

Because the artwork was so literal, everyone agreed it wasn’t necessary to write out ‘Blue Leaves’ across the cover too, so we ended up using the same layout as his eponymous debut album (again, hooray for continuity!). 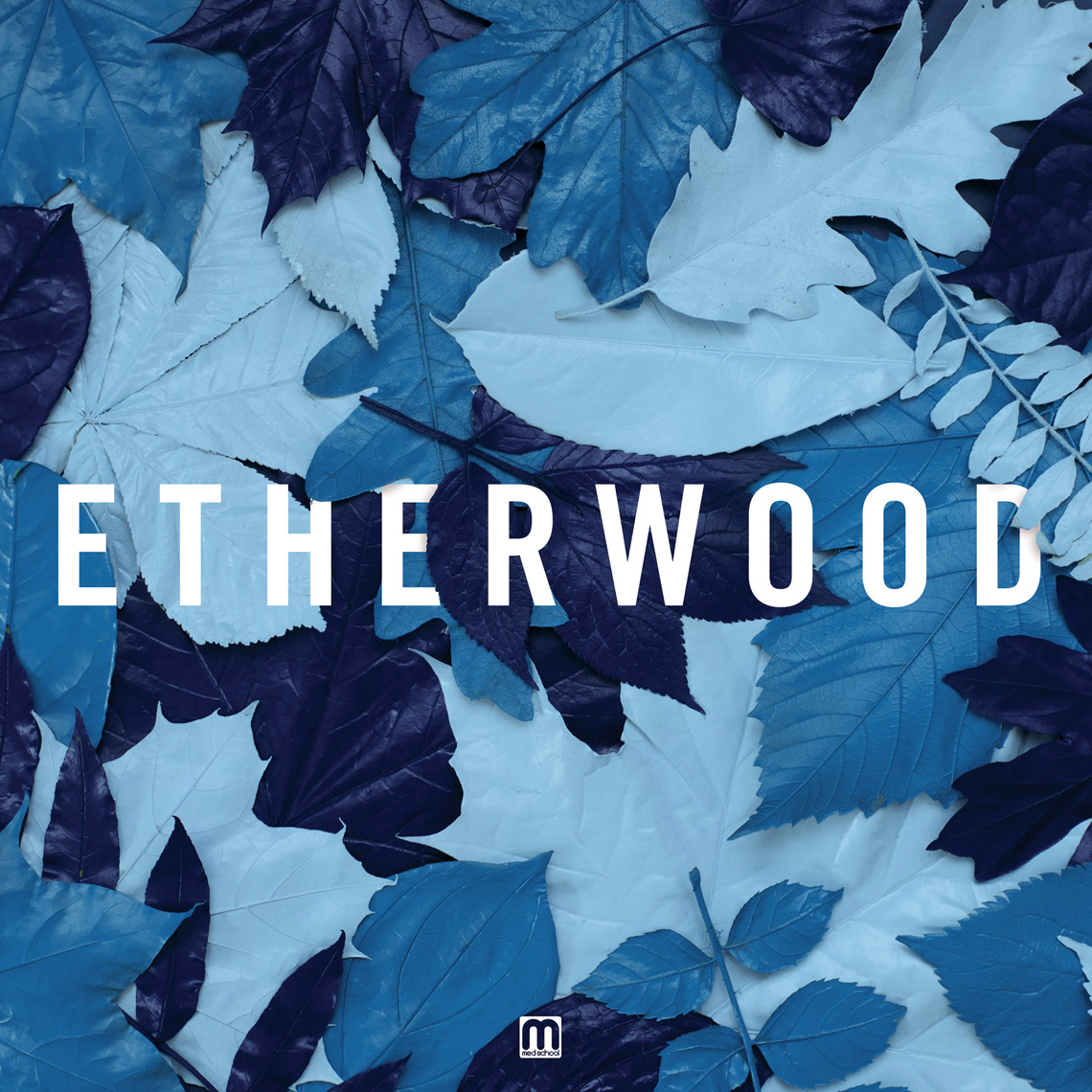 Lots and lots of layouts 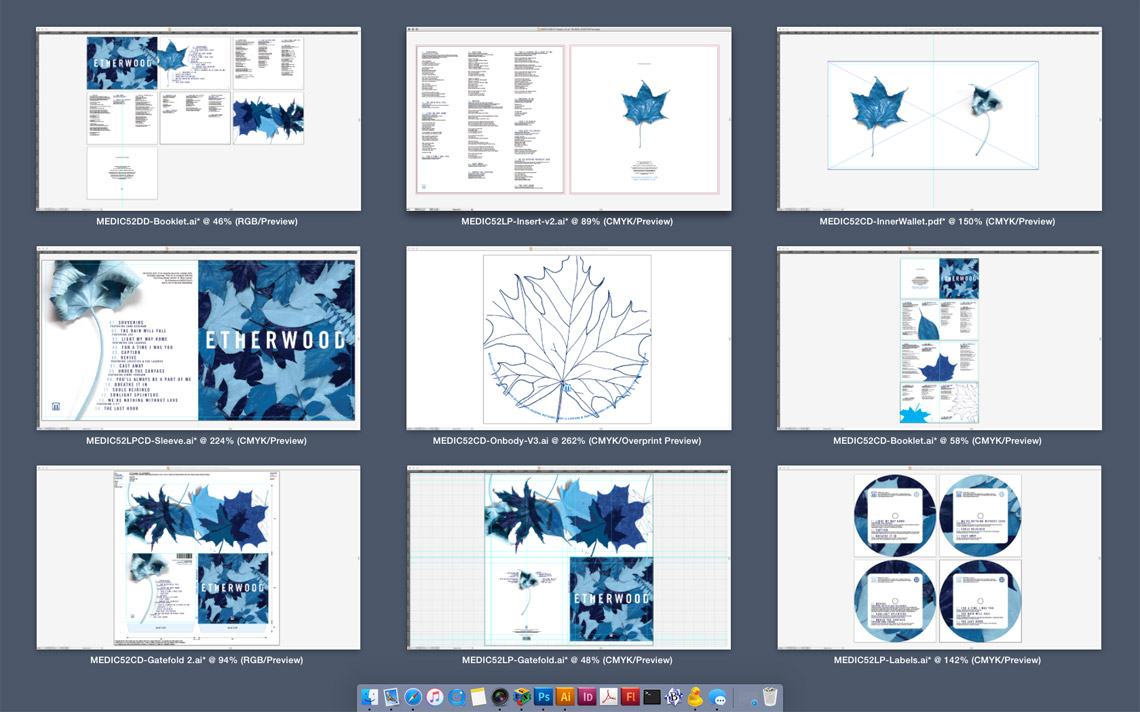 We did a super-limited Hospital Shop edition that involved me hand-printing wrapping papers and the Hospital warehousers tying the bundles up with string: 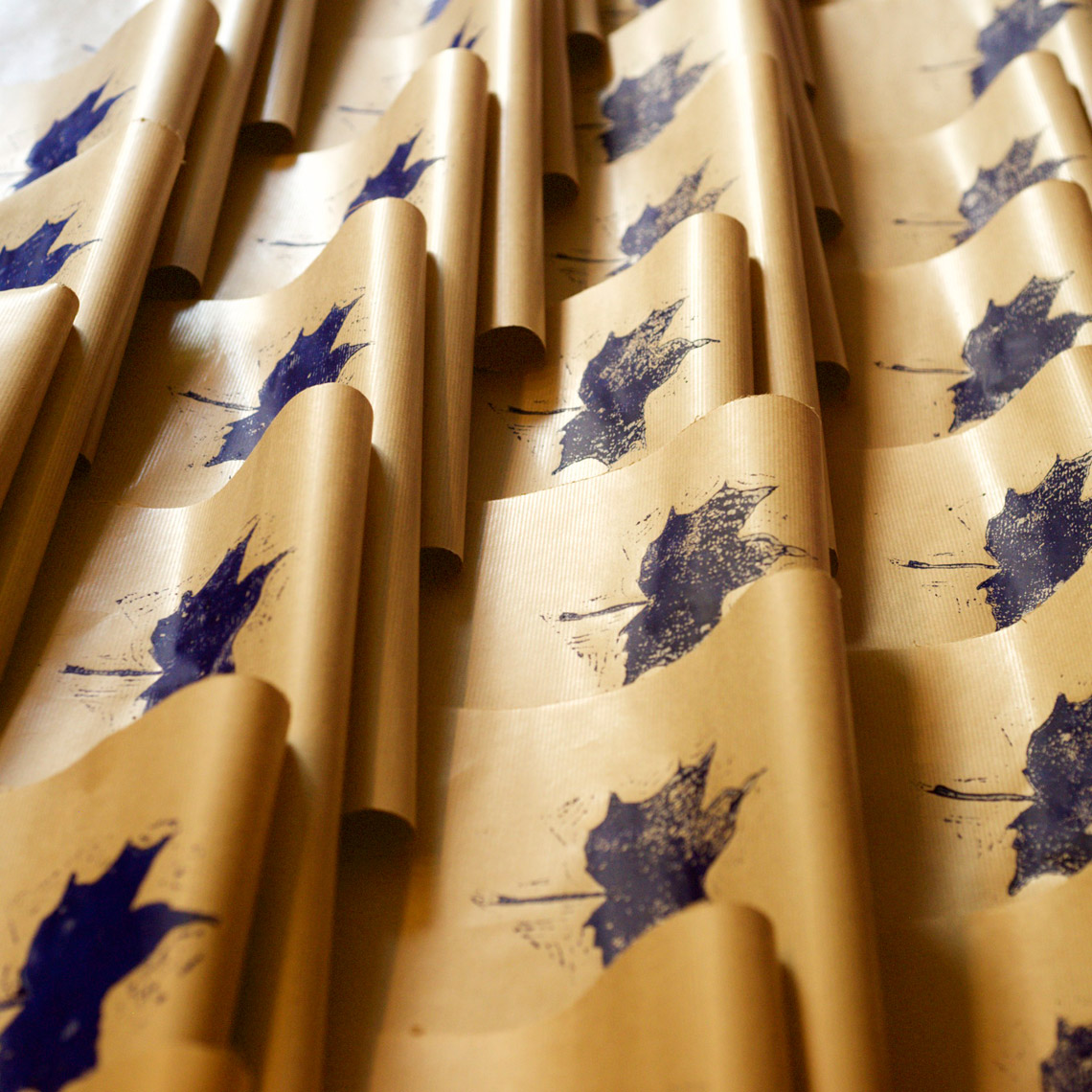 And finally, finished copies! We did the CD in a tiny gatefold, just like the vinyl sleeve but smaller. We’ve never done that format before, it’s really cute! 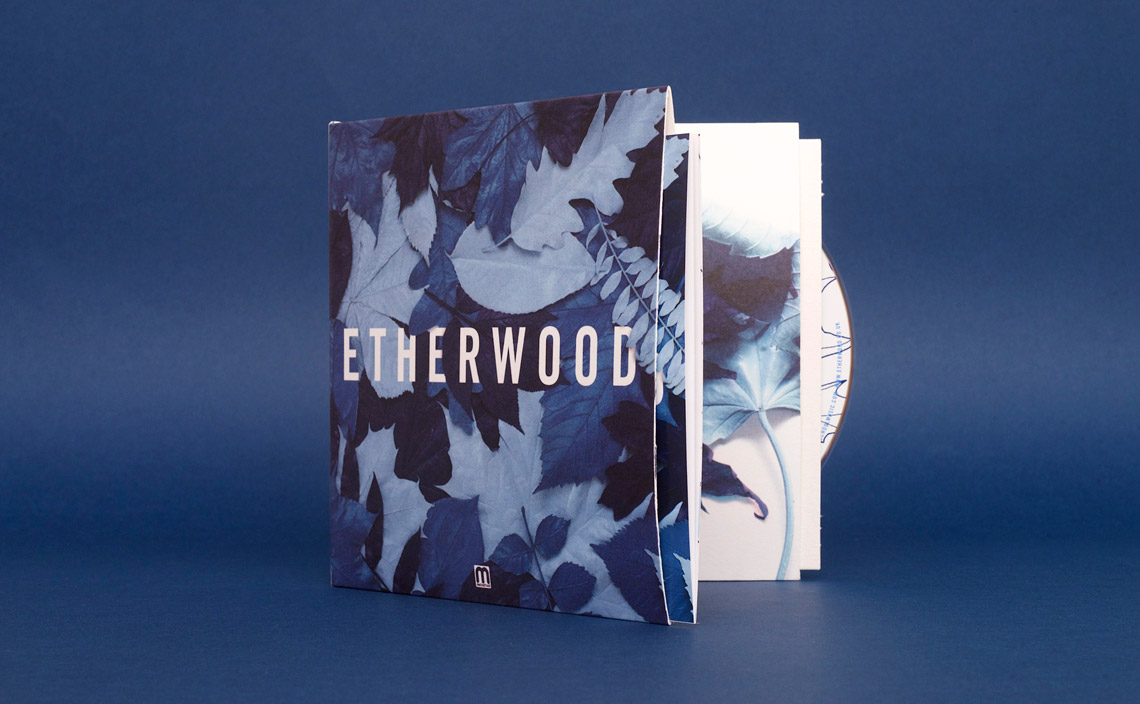