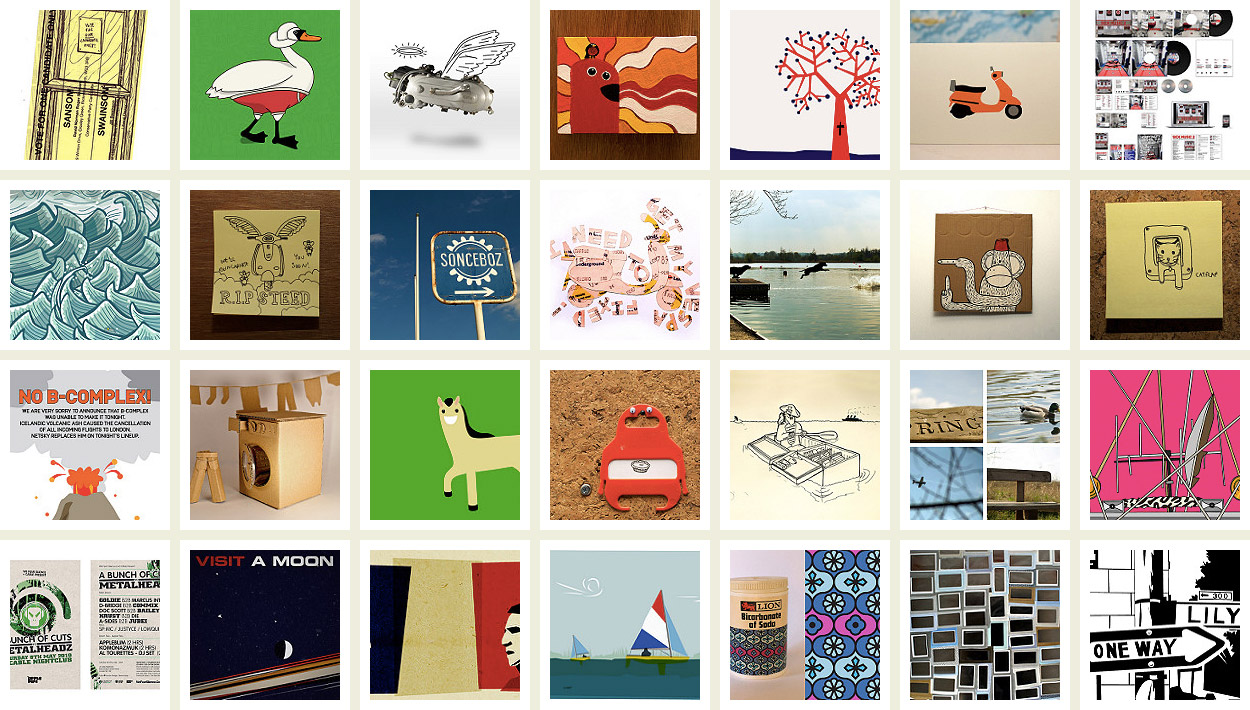 My favourites from this month of creativity are the Cardboard Washing Machine, my new Vespa Engine and Creamy Horse, though I don’t think the people of Threadless liked him very much. Nevermind. I think maybe I’ll paint him onto a T-shirt for myself anyway.

After the fold are all the old direct links, for posterity’s sake. END_OF_DOCUMENT_TOKEN_TO_BE_REPLACED 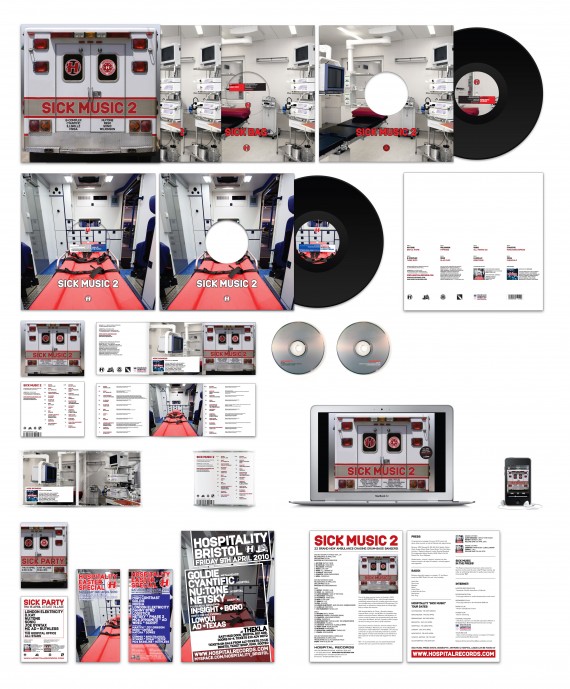 I have a bit of a funny relationship with my Sick Music artwork. Maybe it’s because I float around between artist and designer so ambiguously that when I do work like this, I don’t feel like I’m being as creative as I can be. The job is kindof a find a stock image, make it a bit more interesting/relevant and lay it all out! Anyway, it’s all meant to be clean-cut, largely grid-based and stylistically a modern reference to the old Plastic Surgery albums that Sick Music is a spiritual successor to.

Anyway! Here it all is, and there’s a lot of it! I realised it’s a lot more satisfying when I put it all together- it’s a big graphic design project! I should have it up on my Flickr now (as today’s creative activity) here -the nice thing about Flickr is I’ve managed to annotate everything in the image, in case you wondered what each item was.

It’s also worth noting that the image here is reallllly big! You can click on it to see the big version in all its detailed glory 🙂

Sick Music 2 is out this weekend- its formal release date is Monday 26th April, but shops (including Hospital!) have began shipping it already. Yeah! 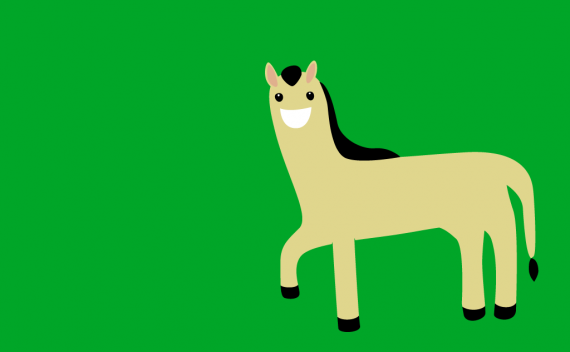 I have a T-Shirt design up for voting on Threadless! Yes, this is my first design that has actually made it to the voting stage, and now it needs all the help it can get.

It’s such a happy horse- why wouldn’t you want to see it on a T-Shirt? If it walked into a bar, the bartender wouldn’t ask ‘why the long face?’. It’s that happy!

I really wanted to submit this for a kid’s T-Shirt design, but I couldn’t see a way to do that independently. If you grown-ups like it though, great! Wouldn’t it make you smile if you saw someone walk past you with him on their chest?!

Please vote for it, especially if you like it! Get all your friends and all your enemies to vote too! Yeah!

Lilly likes to bake, and whenever she makes something, I try to take pictures of it! I’m not much of a food photographer, but over time I have been beginning to build up a nice little collection of reasonable photos I have taken of the sweet things Lilly has made, so much so that I figured they were worth posting here! 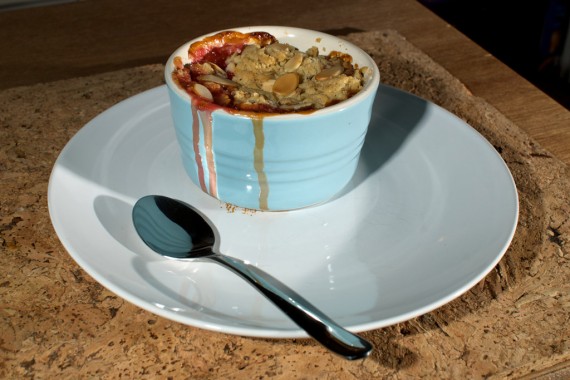 If you like pictures of cake, you’ll find more after the fold, so END_OF_DOCUMENT_TOKEN_TO_BE_REPLACED 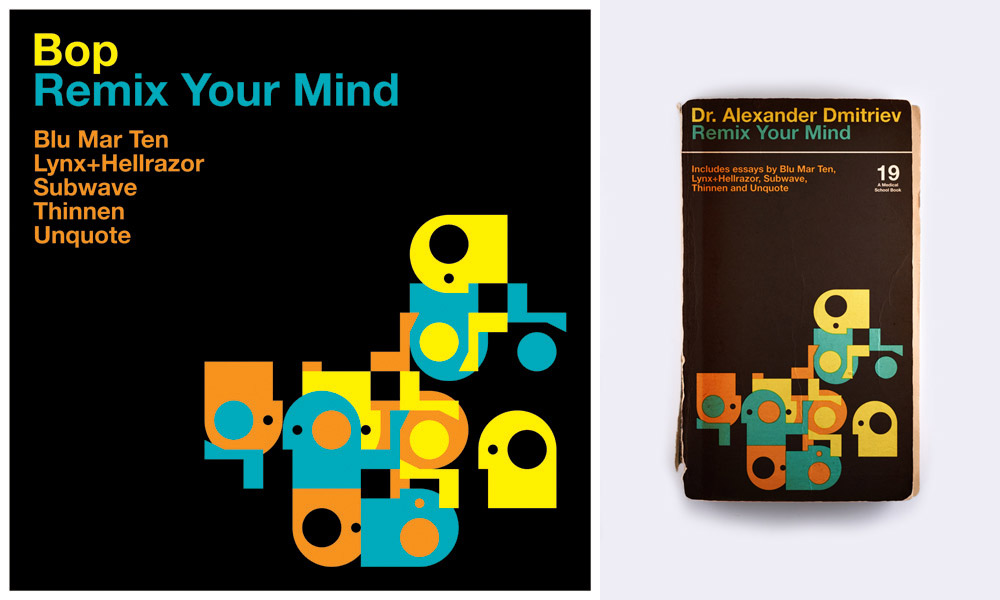 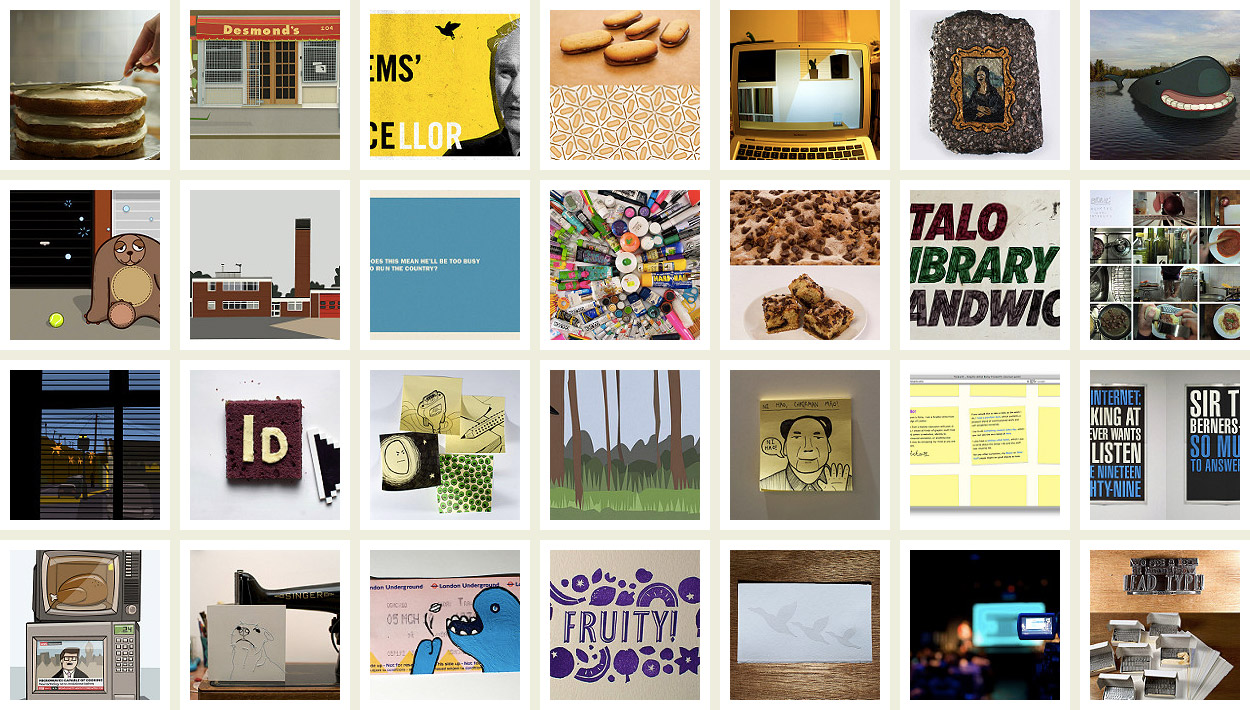 It would appear to have been a bit of a slow month in Trickartt world if you have only been following my blog, but it was actually choc full of all kinds of nonsense. I am particularly happy with some of this month’s creative things: my own take on Street Art, a drawing of the local fire station, and an experimental mechanical goose have been personal favourites!

Also thanks to Adobe Photoshop product manager John Nack, who was kind enough to post my InDesign birthday cake onto his official Adobe weblog, and to Adobe InDesign for retweeting it too. I’m glad you guys liked it!

Also thanks to Ash at Med School for writing about my Bop artwork on the new Med School website I made them last month. I’ll stick up a post about it here soon- I’ve been trying to get into the habit of waiting until things come out before I write them up (hence the quietness on my blog this month!).

After the fold are all the old direct links, for posterity’s sake. END_OF_DOCUMENT_TOKEN_TO_BE_REPLACED