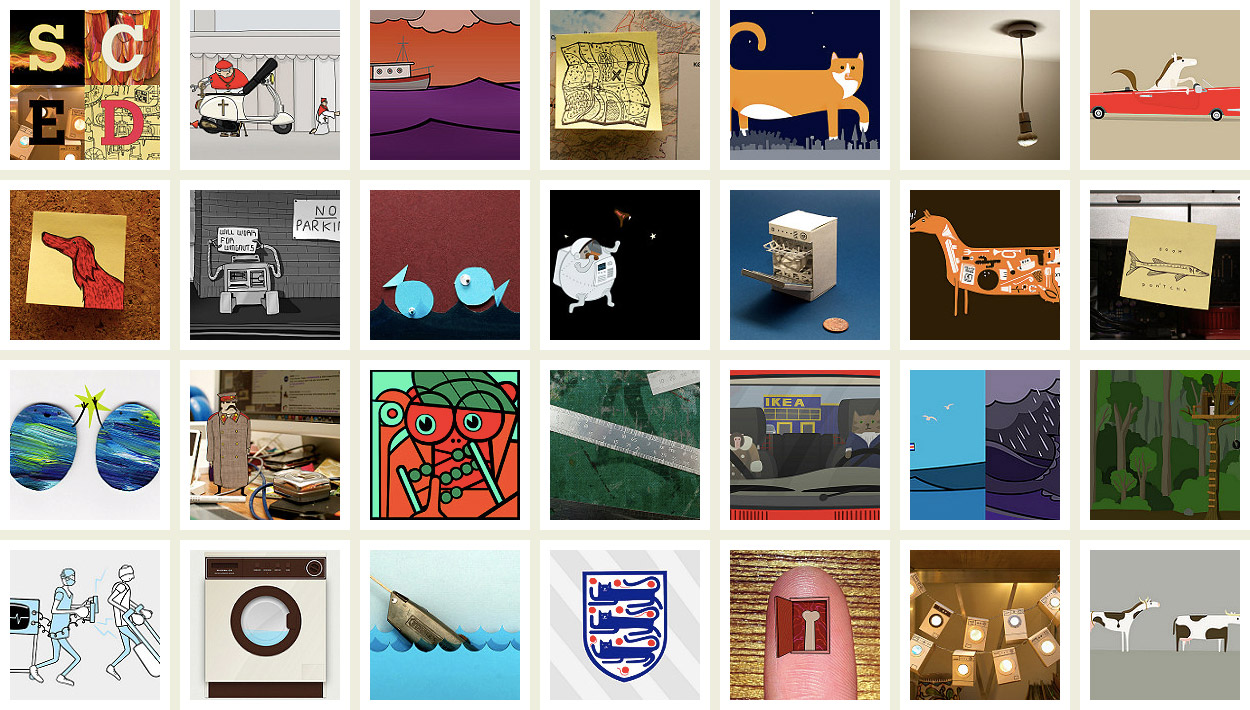 Wow, it’s been another month already, but it’s been a pretty good one! I’m surprisingly pleased with my overall output this month, which I’m ashamed to admit hasn’t always been the case over the years of SCED past.

As usual, I’ll mention some favourites here! All The Mod Cons is the best thing I’ve drawn in a while – I’m beginning to learn that if I develop and redraw an idea a few times over, the results often get better, as was the case with this drawing of a treehouse. With a washing machine in it, of course.

Friends Reunited was a surprise success as well – I was worried that everyone would have forgotten about the Ikea monkey (and the ‘I was supposed to pick up Carl’ image macro) by the time I posted it, but it ended up being incredibly timely for a completely different reason. As it was Ikea, I couldn’t resist slotting in a gag about the quality of their hot dogs and making another reference to the ongoing horsemeat scandal in the process. In a great example of life imitating art1, the very next day news broke that Ikea’s meatballs had horsemeat in them too.

The Washing Line is a great piece of work too – even Lilly seems to approve of it. I’m building up quite a substantial body of washing machine based artwork, which also includes WashMa.ch, another daily from this month which I will go into a bit more detail about at some point in the future.

1 This isn’t the first time I’ve experienced this – here is a daily creativity motivated by a sense of wonder at how much Samsung was trying to make their then-new Galaxy phone look like an Apple iPhone, particularly in their commercials, which were pretty inescapable at the time. A couple of days after I posted this, news broke that Apple were suing Samsung over this very issue.

While it’s nice to believe the world secretly revolves around my Something Creative Every Day project, I think the safer conclusion is that these things are just really obvious. Of course Ikea’s meatballs were going to test positive for horse2 – we’re talking about one of the world’s biggest cost-cutting companies here!^

2 A footnote on a footnote? Am I mad?! If nothing else positive has come out of the horsemeat scandal, it has to be the frequent use of the phrase ‘test(ing) positive for horse’ – one that eight weeks ago I would never have expected to hear coming from serious journalists across the media!

After the fold are all the old direct links, for posterity’s sake. END_OF_DOCUMENT_TOKEN_TO_BE_REPLACED