Skip to content
More recent:
Older:
« Season’s Tweetings!
Something Creative for the better part of October and November » 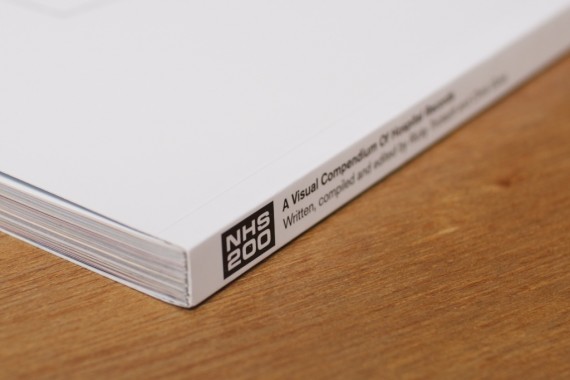 This project has been my baby for the past several months. Making a book of all of the art and other visual stuff from the label is something that Chris and I have wanted to do for a long time, with the idea being suggested several times at Hospital over the past few years. More notes and photos after the fold!

I started working with Hospital back in 2005, and one of the first projects I contributed to was NHS100. It was a nice release – an EP of collaborations and a 3xCD mix of the label’s output – but I always felt that the release didn’t stand apart from the rest of the catalogue as a marker of the label’s first ten years and hundred releases in business.

At the beginning of this year I did some sums and worked out that at the rate the label was expanding, we would likely reach the two-hundredth release by the time the year was up, and we should start thinking about something special to do for the release (such as the occasionally mooted book idea!). The directors seemed unsure of this projection, but by the time summer rolled around, it became pretty clear that we’d be ending the year at catalogue number 198, and I was asked if I wanted to put together a proposal for this book idea.

I did exactly that and we decided that while it wasn’t going to be a profit-making machine, the project was viable. After an EP in the release schedule was split into two separate 12″s, that set us up nicely to finish the label’s fifteenth year in business with the two-hundredth catalogue addition, which would be my book.

Chris and I started trawling through our archives; Chris having done most of the artwork himself for the first hundred releases and the second hundred being mostly my work; we came up with a basic flow of the book, ready for me to start pulling it all together. 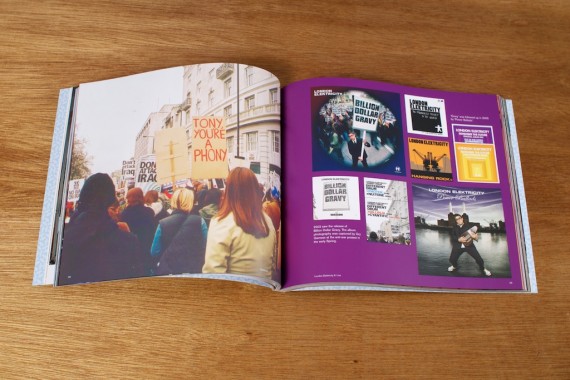 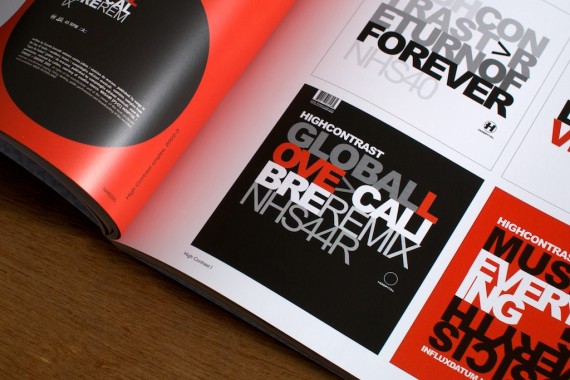 The book loosely follow’s the label’s history visually – everything from cover art to press and publicity photography, our events and friends we’ve made along the way, some of the sillier promotional items from the label’s history and occasional slightly odd annotations from myself and Chris. 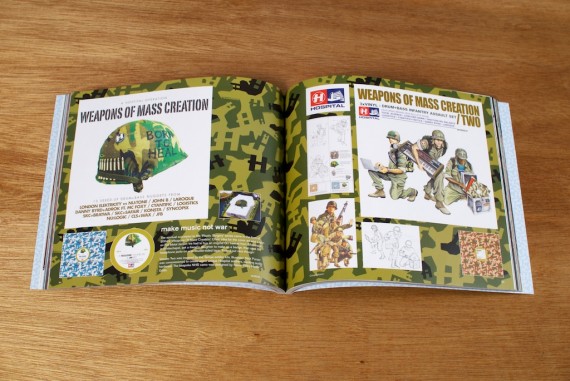 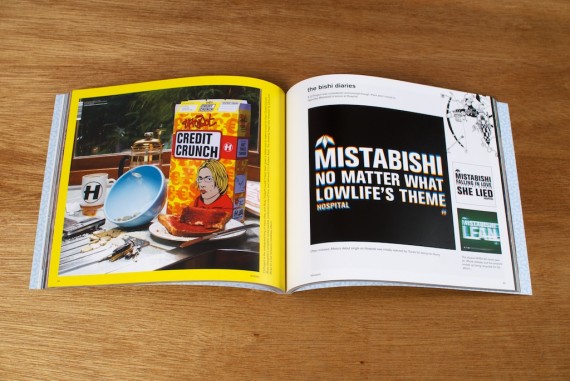 This is the first time in my career as a graphic artist that I’ve got to make an entire book, no less one that has loads of my own artwork in it too! It was great to have more than just a 12″ record sleeve and CD booklet to design 🙂

And now we’ve finally got the finished product, I couldn’t be much happier with the result! The print quality is awesome and even goes above the original products in places. The page about Hospitality at Matter is a great example of that – my overprint design looks even better than the original flyers did. Smasher!

Being a product of me and Hospital, I even managed to get a few of the sillier moments of the visual history of the label in the book, such as the below. This photo was from Nu:Tone’s North American tour a few years back, which just happened to match the colour palette of his second album too. 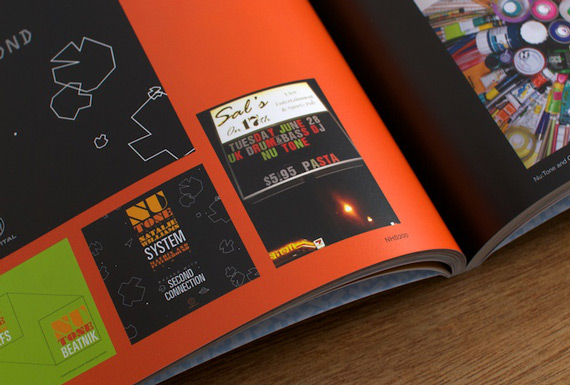 NHS200 is available in select record stores around the country, as well as the Hospital Shop, where it is also available in bundles with other Hospital merchandise for a limited time. As it’s a book, we paid attention to the details and even got an ISBN for it (978-0-9570965-0-9), and have it up on Amazon too, though the Amazon orders will be fulfilled by the Hospital Shop anyway.

And it’s out just in time for Christmas – it’s a must for all fans of the label, and would make a fantastic gift! As the Hospital Shop says, it’s perfect for waiting room tables and coffee tables alike, and I’m really proud of it!