Skip to content
More recent:
Older:
« A Mauve Car Detector
Something Creative for most November Days » 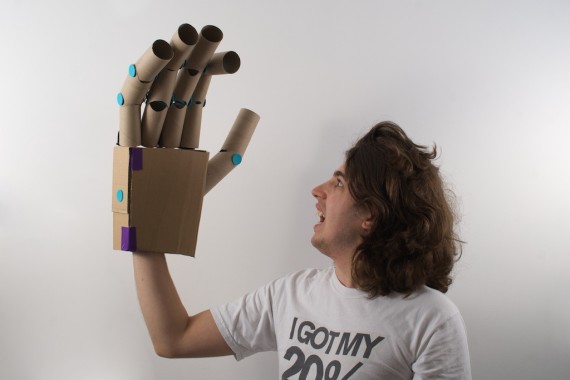 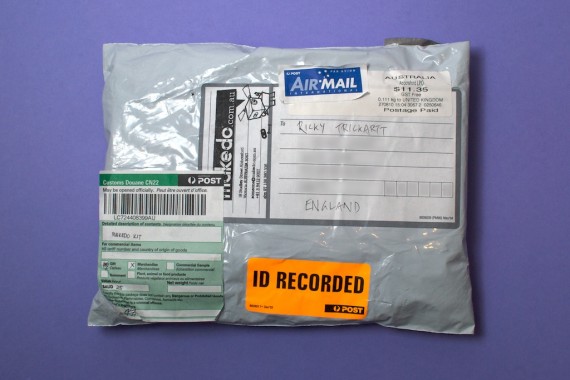 So this stuff they sent me… They’re construction parts, I guess a cross between cable ties and nuts and bolts, with a few vaguely meccano-ish hinges for good measure. The idea behind the product is to have reusable parts for constructing things out of recycling materials like cardboard. I guess it’s a kids’ thing. Yeah. Their own website probably does a better job than I can at explaining what they are. 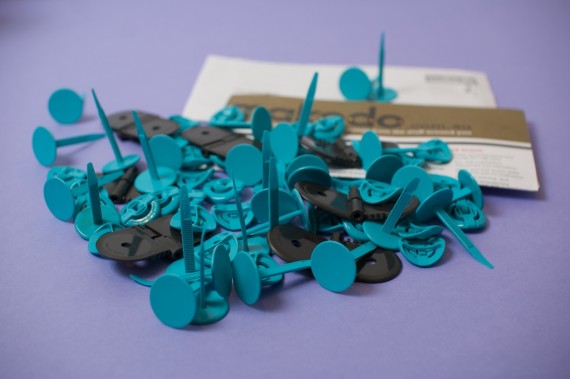 Anyway, I got sent this whole big bag of them. I wasn’t asked to talk their product up or anything (like I appear to be doing now!)- the only thing they asked of me is that I send them pictures of the stuff I make. Sounded like a great deal to me!

I’ve made a few things with the parts now, which is why I’m only just getting around to this post. This weekend, I made this giant squid, for example: 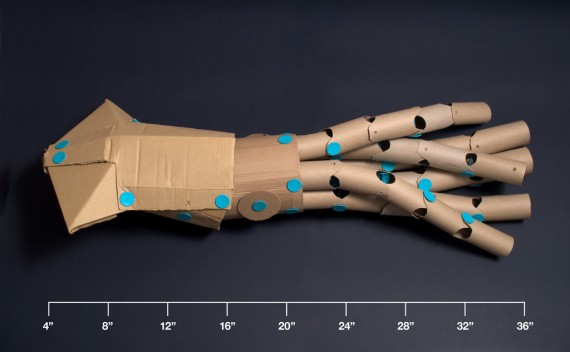 Pretty cool! The biggest criticism I have relating to them is it made me think up an idea for a magnetically-aligned hole puncher, which would be really useful for punching the holes to put these pins through. While I’ve never seen such a thing, a quick googling rapidly told me the idea has been patented already. Nevermind. I can’t really blame the Makedo for that. I found a simple screw does a good job of punching holes, but they do seem to come with a hole-punching tool when bought. I didn’t get one in my free kit, so I can’t vouch for the quality of it, but I’m not complaining that I wasn’t sent one!

An obsession with cardboard tubes

The first thing I made was the hand at the top of this post, with fingers made of toilet paper tubes. I have a strange habit of being hesitant about throwing stuff away once they become collections, so when I see half a dozen identical cardboard rolls in my recycling bag, things start to get a bit difficult and I feel like they’d be useful in a mass like that. I usually go through this every so often then realise it’s just causing clutter and put them back in the recycling. In fact, you can see a load of them being hoarded in the Full Mouse animation I made three years ago, which were eventually returned to the recycling bag for lack of purpose. I usually have to destroy the rolls as they appear to stop myself from wanting to collect them for a project, but this time, I actually had a reason for collecting them! 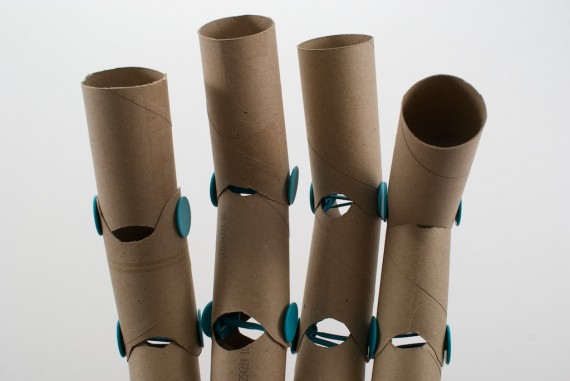 I collected up even more and eventually recycled those fingers into the giant squid posted above too.

Another project was this cardboard ship, which I for some unknown reason felt compelled to turn into a hat: 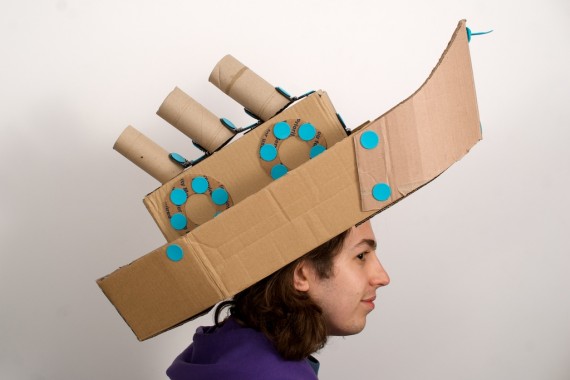 I have a little obsession with port-hole windows, so these parts were a good excuse to make some. Here’s a picture of the inside of it, which might give you a good idea of how the parts work: 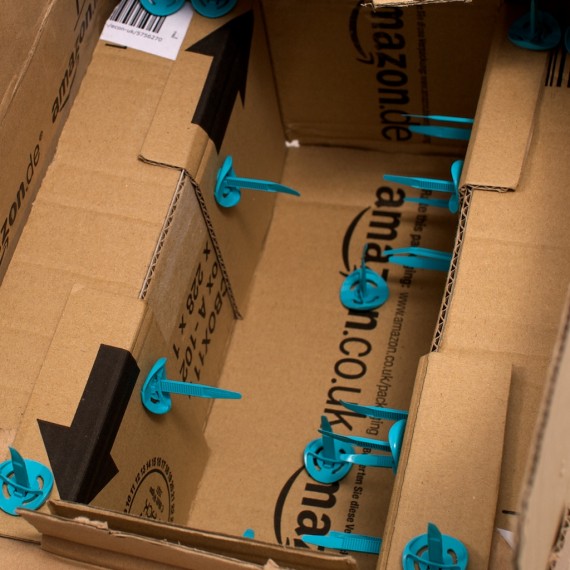 Pretty cool! The nice thing about the Makedo system is you can construct without tape or glue, which means your recycling doesn’t get contaminated, you don’t get sticky and you don’t waste a load of precious adhesive tape either.

Well the conclusion of this post is in the title- free stuff is awesome! And it is especially so when it gives me the excuse to play with cardboard and create crap! So thanks to Guy and everyone at Makedo who took the initiative to send me their stuff, and I hope you like what I’ve been doing with it!