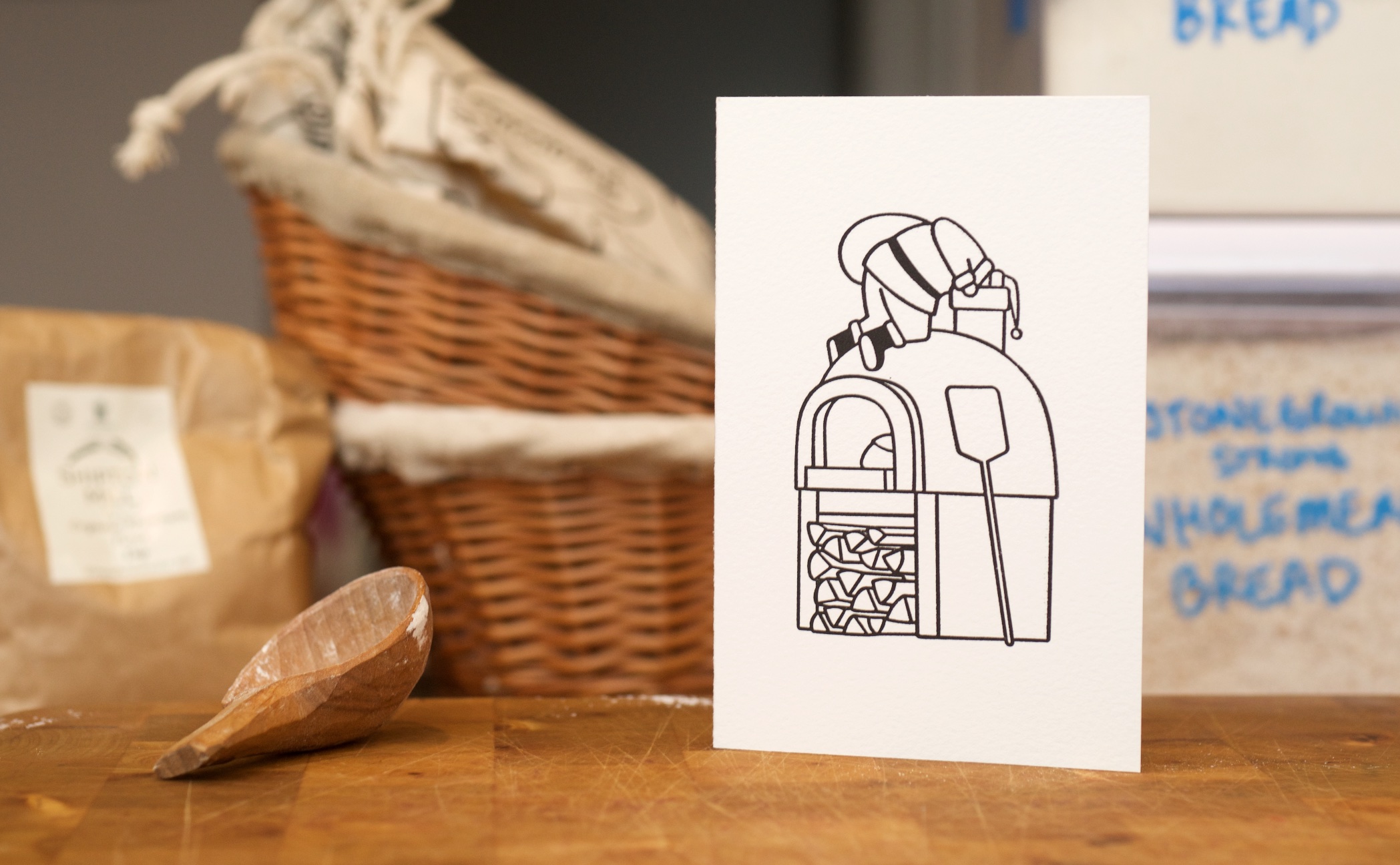 While I understand the conventional wisdom that Christmas cards are a postal-service-propping hassle, my good lady Lilly and I do like the annual excuse to put our tiny letterpress through its paces.

Like every year, we try and make the card vaguely thematic to an event from our own past-twelve-months, and this year’s standout event was Lilly showing how excellently she does something when she turns her hand to it – she won the World Bread Award for her home-baked wild-yeast bread this autumn!

Alas, we don’t even have a garden for a wood-fired stove, but Santa’s affinity for chimneys made it a good way to link the season with the achievement. Like one of Lilly’s loaves, the card came out great! 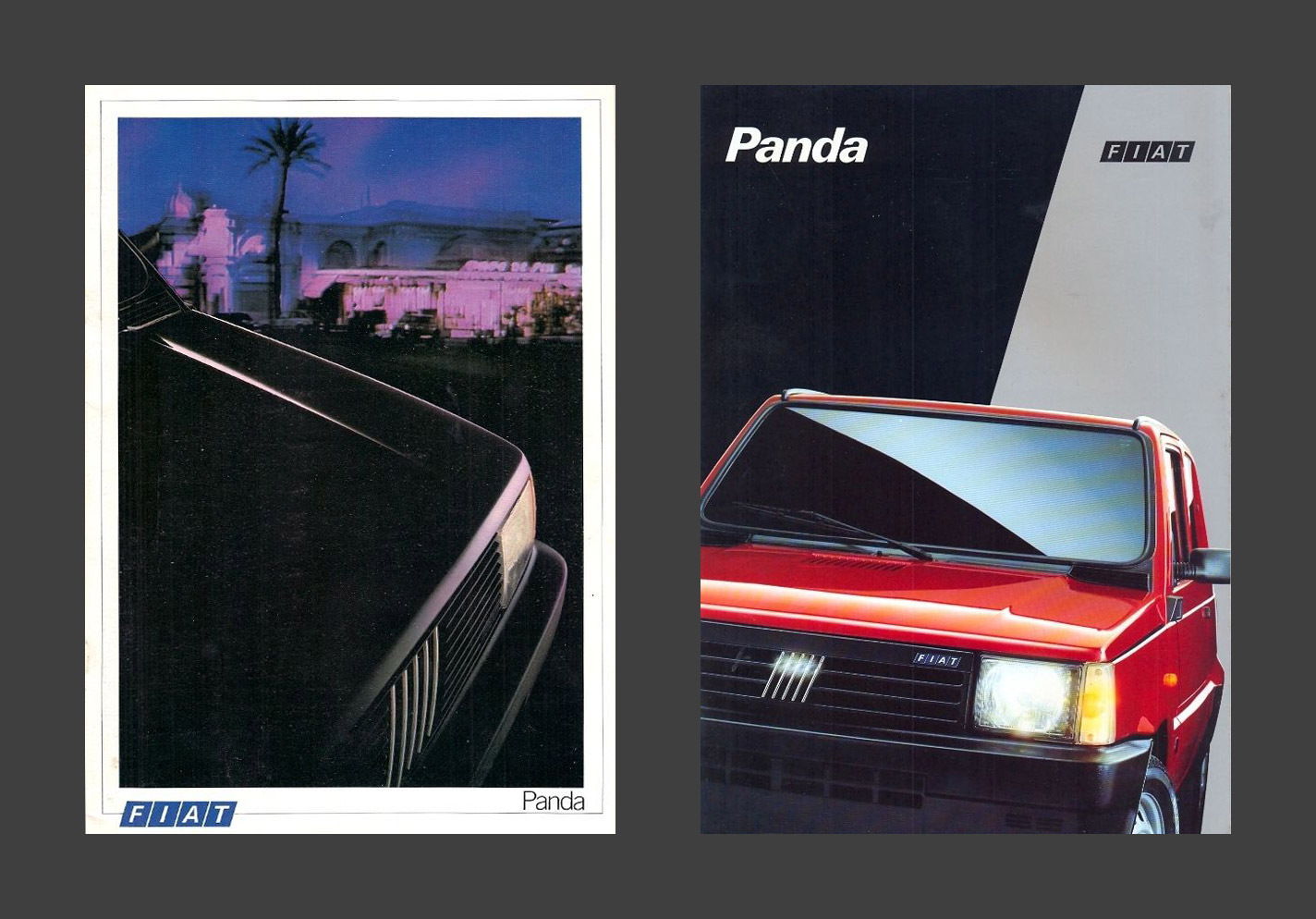 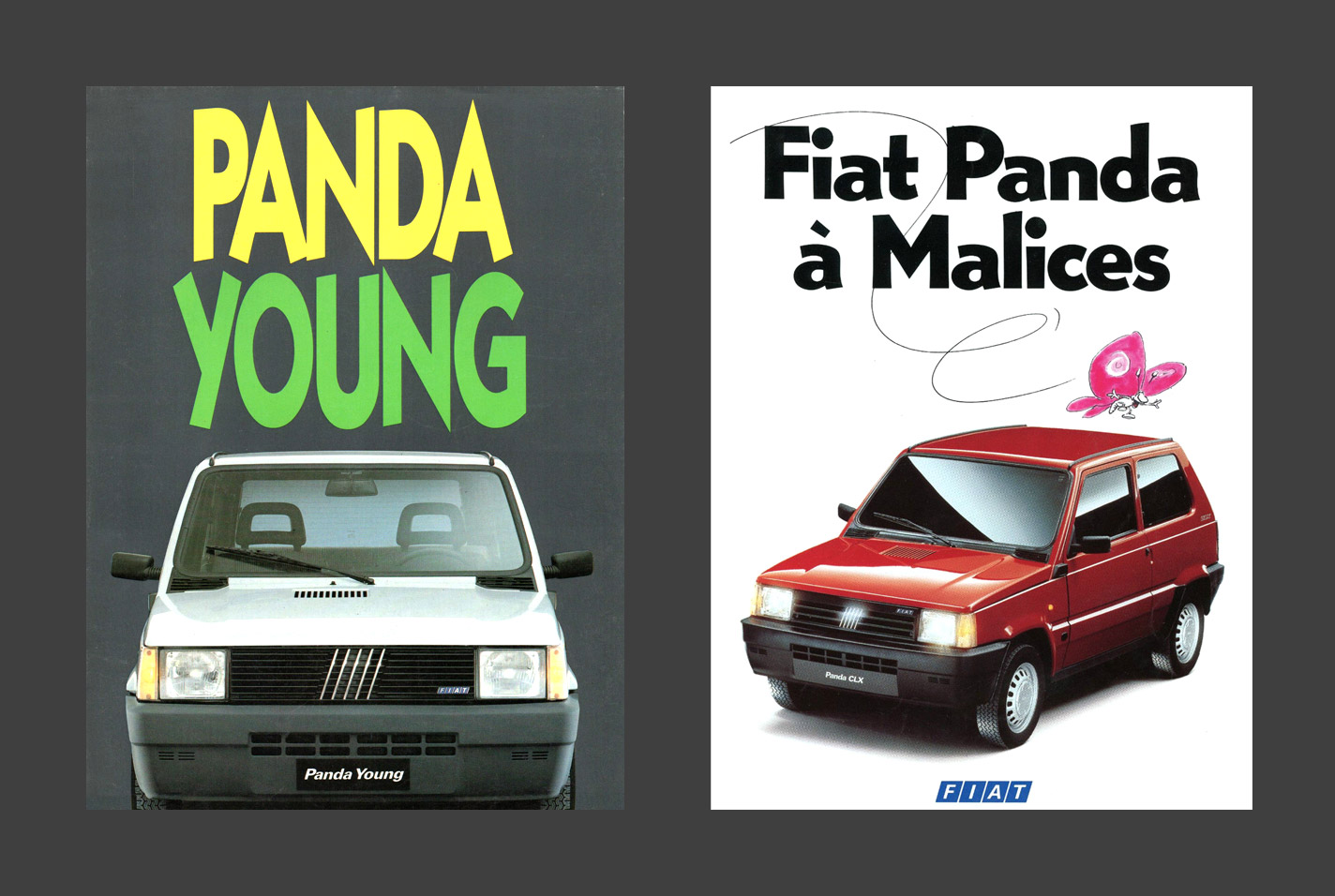 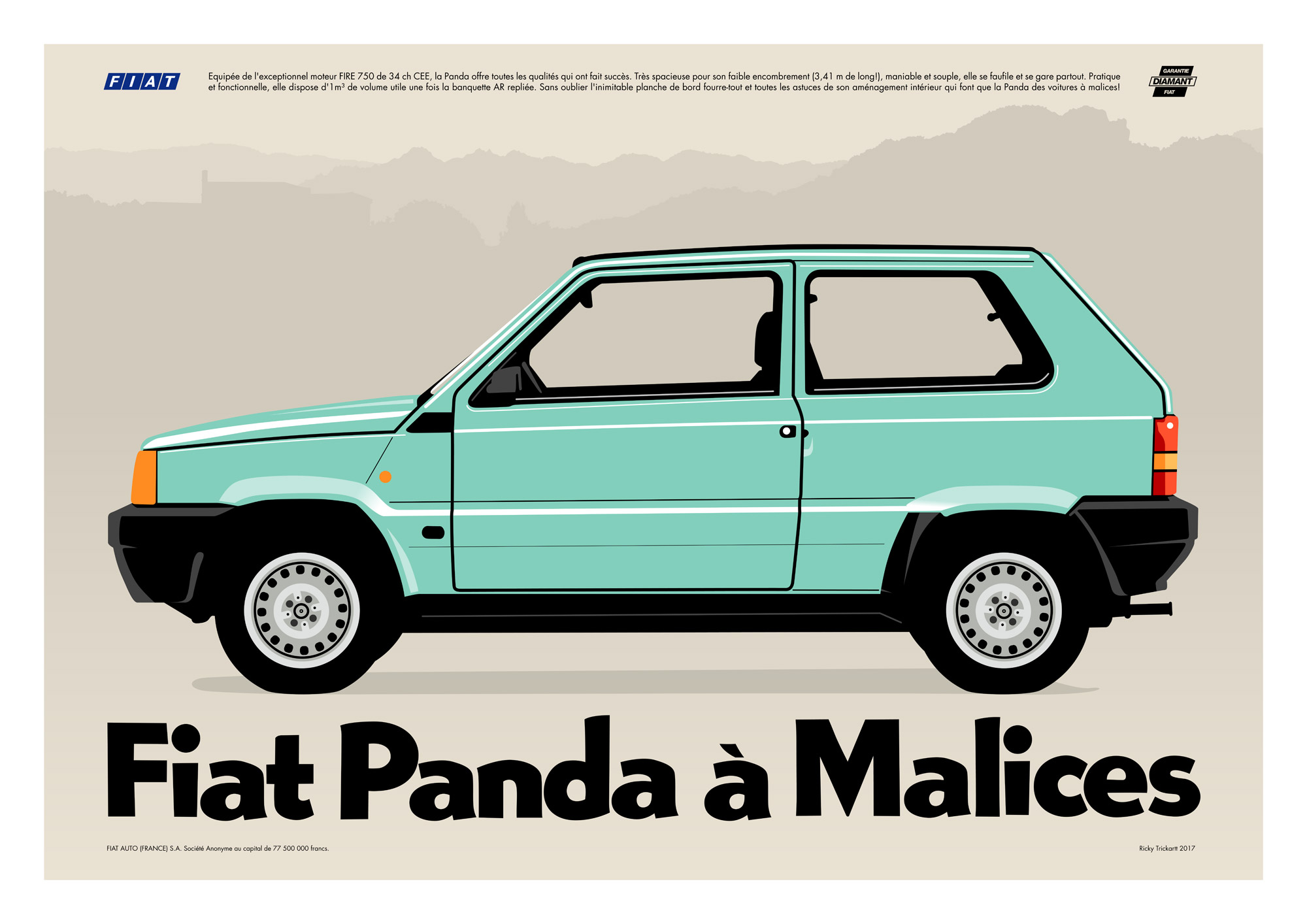 Another record cover I designed recently has been getting a surprising amount of love… Nu:Logic’s second album ‘Somewhere Between The Light’ has been out for a couple of weeks now, and is my first Instagram post to not just reach but blow past 100 likes! 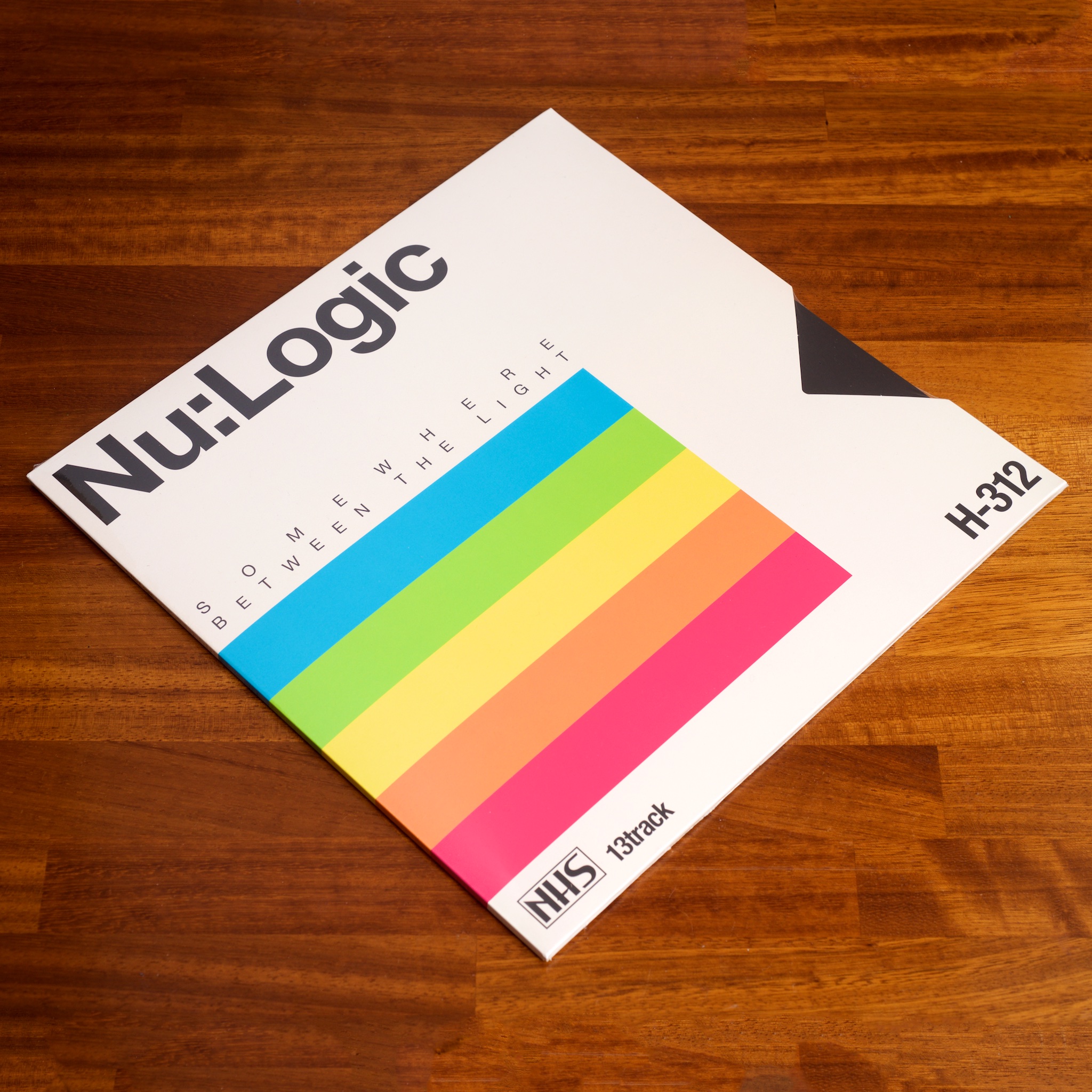 The design is a homage to old VHS packaging, which was an idea suggested by Nu:Tone and Logistics themselves. It was down to me to turn this idea into a record package, which tied together nicely with a retro thumb-hole cutout, printed inner sleeves for the records, and a solid black jewel case for the CD version too. 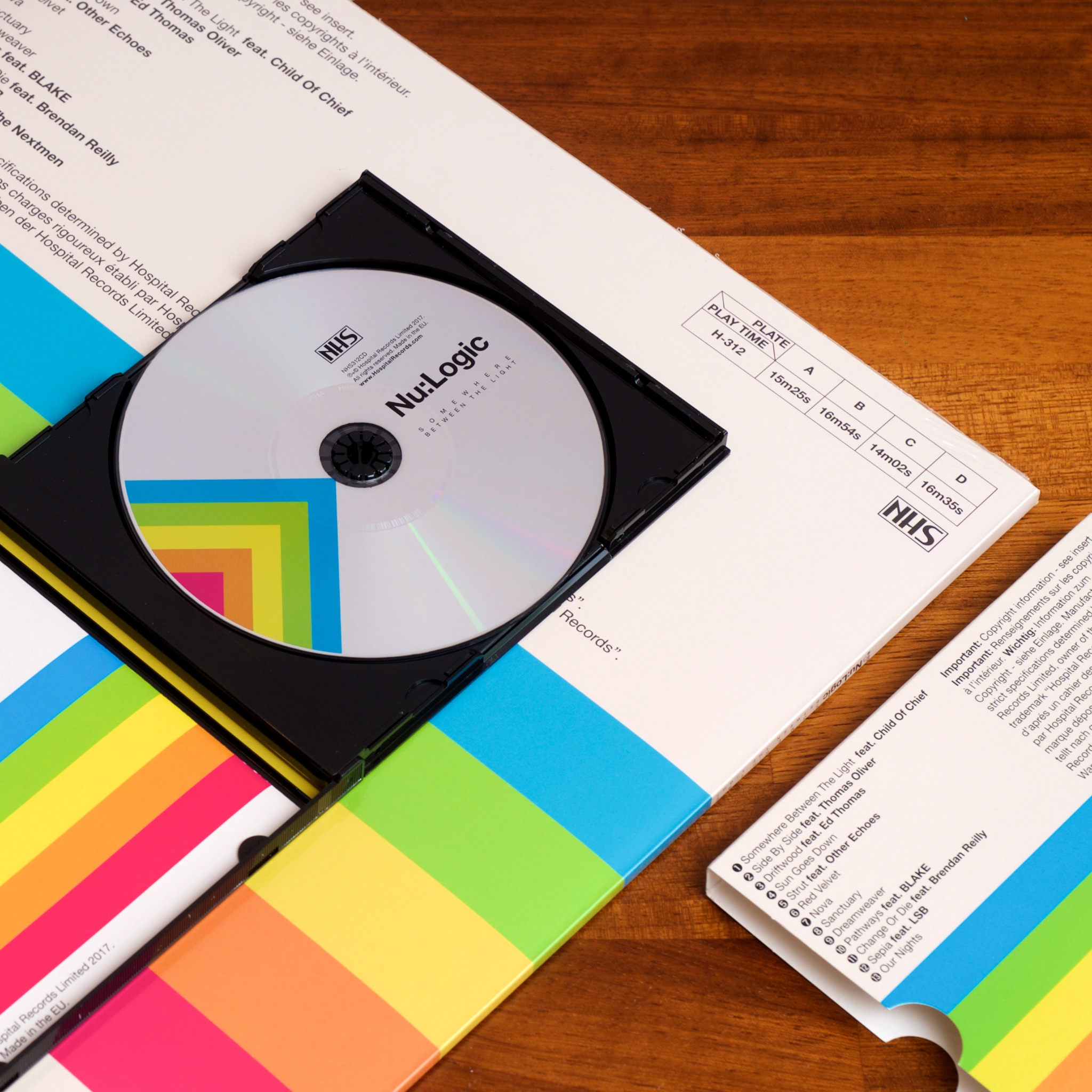 Even the shrink wrap looks good with the thumb hole design. Nice!

Critical Music marks its fifteenth anniversary and hundredth catalogue number today with the release of a super-limited-edition boxset I designed.

The design is intended to be part fanzine, part ultra-minimalist blackness, and contains five (!) pieces of black vinyl, in black sleeves, with a black booklet and black poster, in a matte black box with a gloss black print on it. Short of being made of vantablack, it’s like how much more black could I make this artwork for Kasra, and the answer is none… None more black.

To celebrate the blackness (and to torture myself photographically), here are a load of photos of black objects from the package, set against a black background. 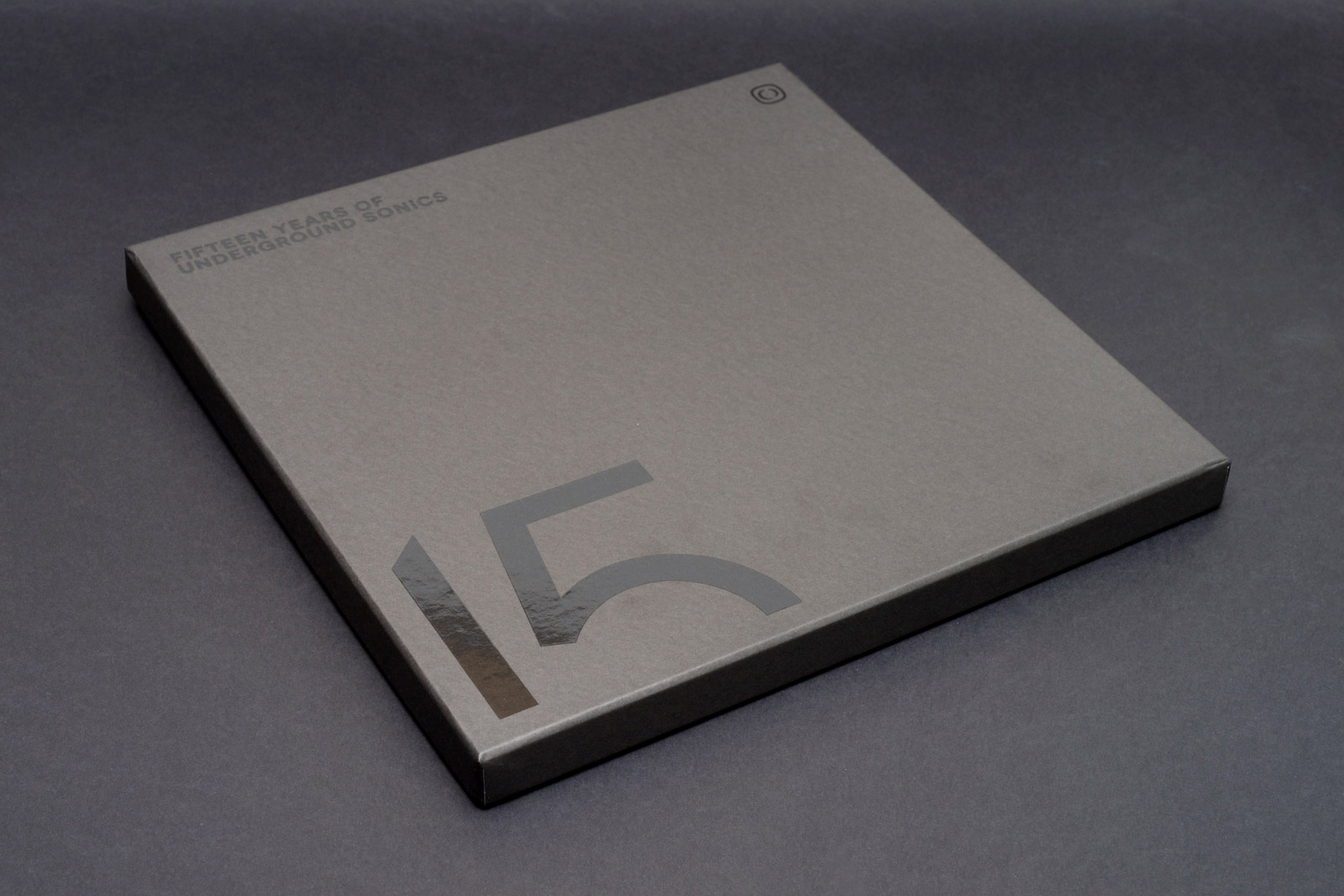 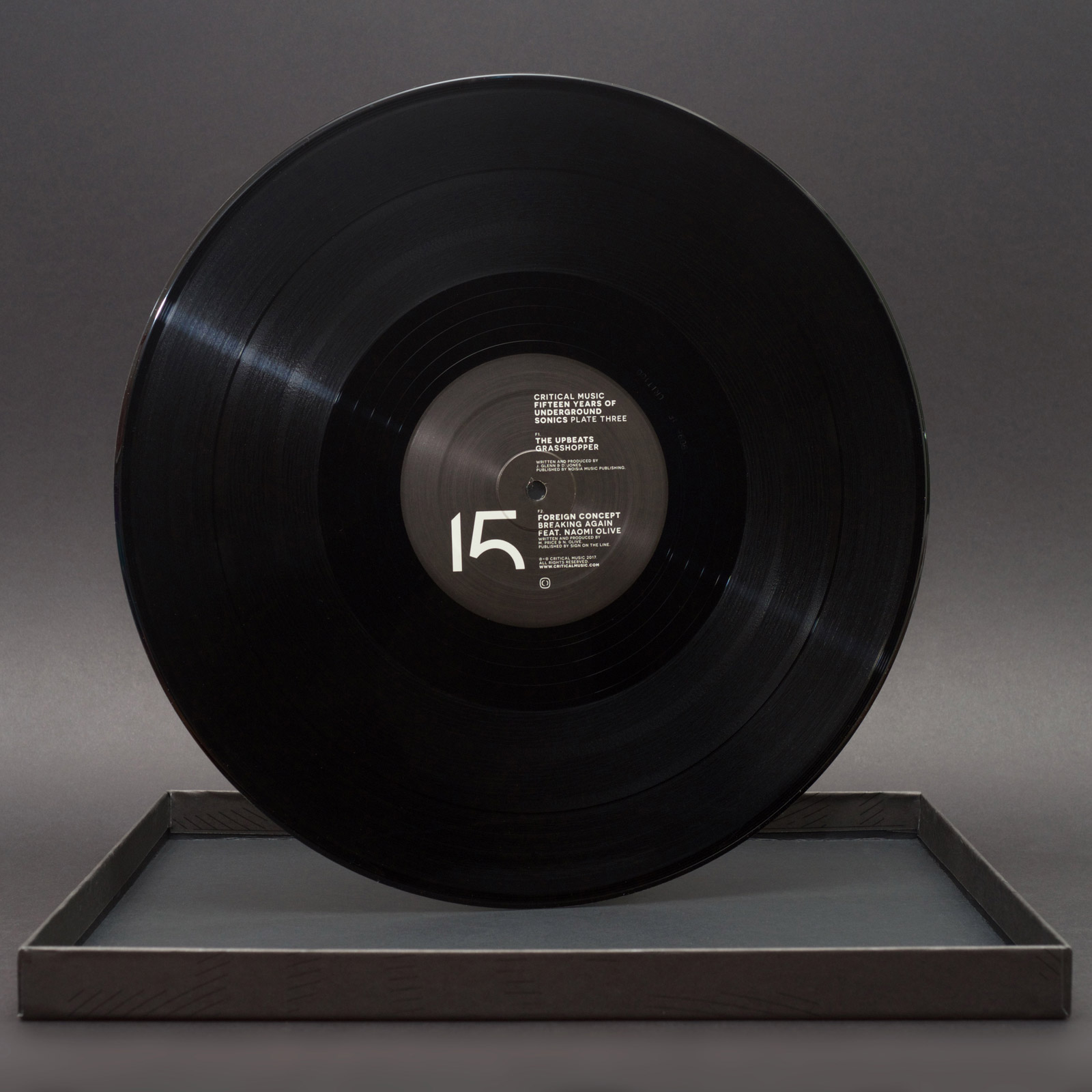 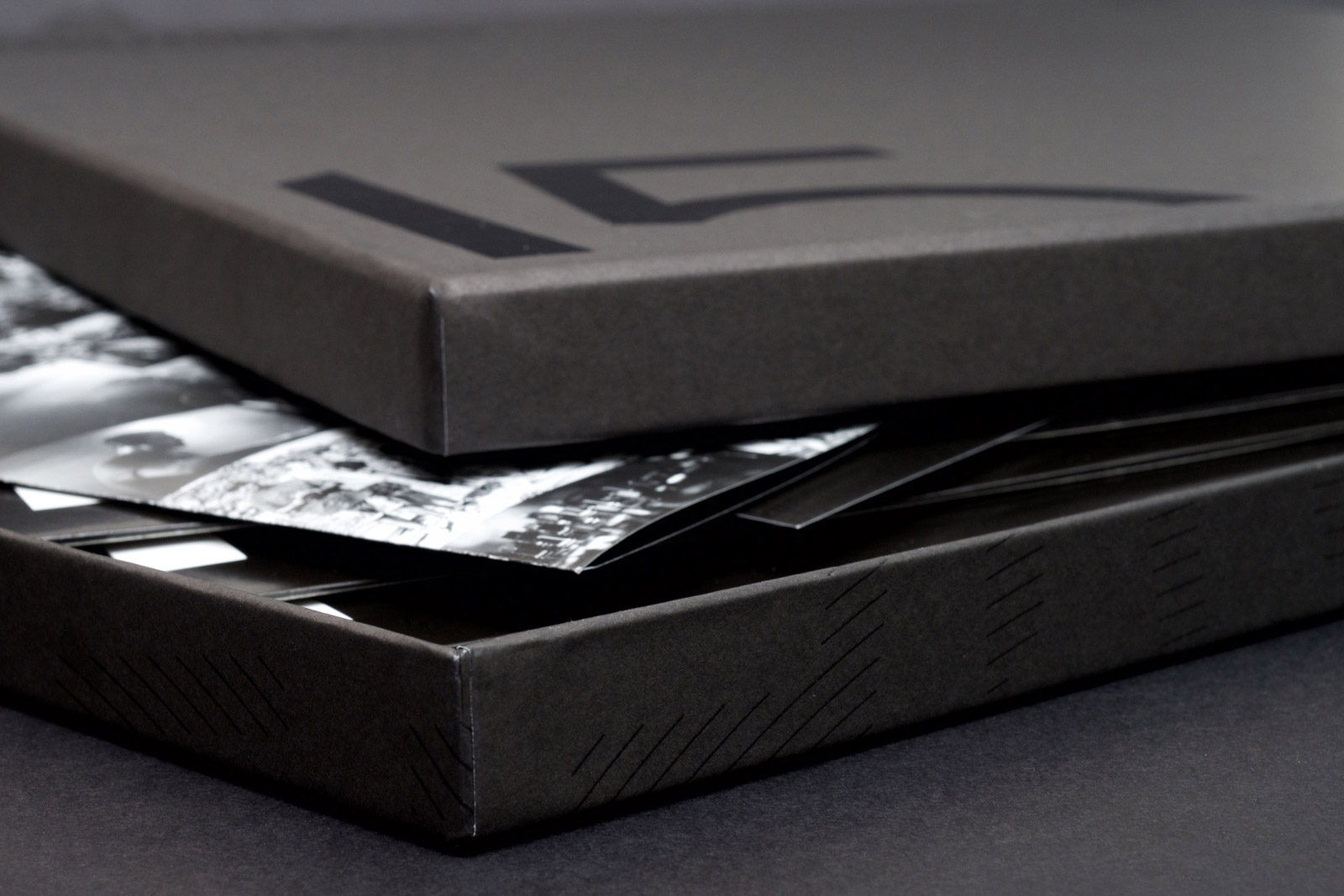 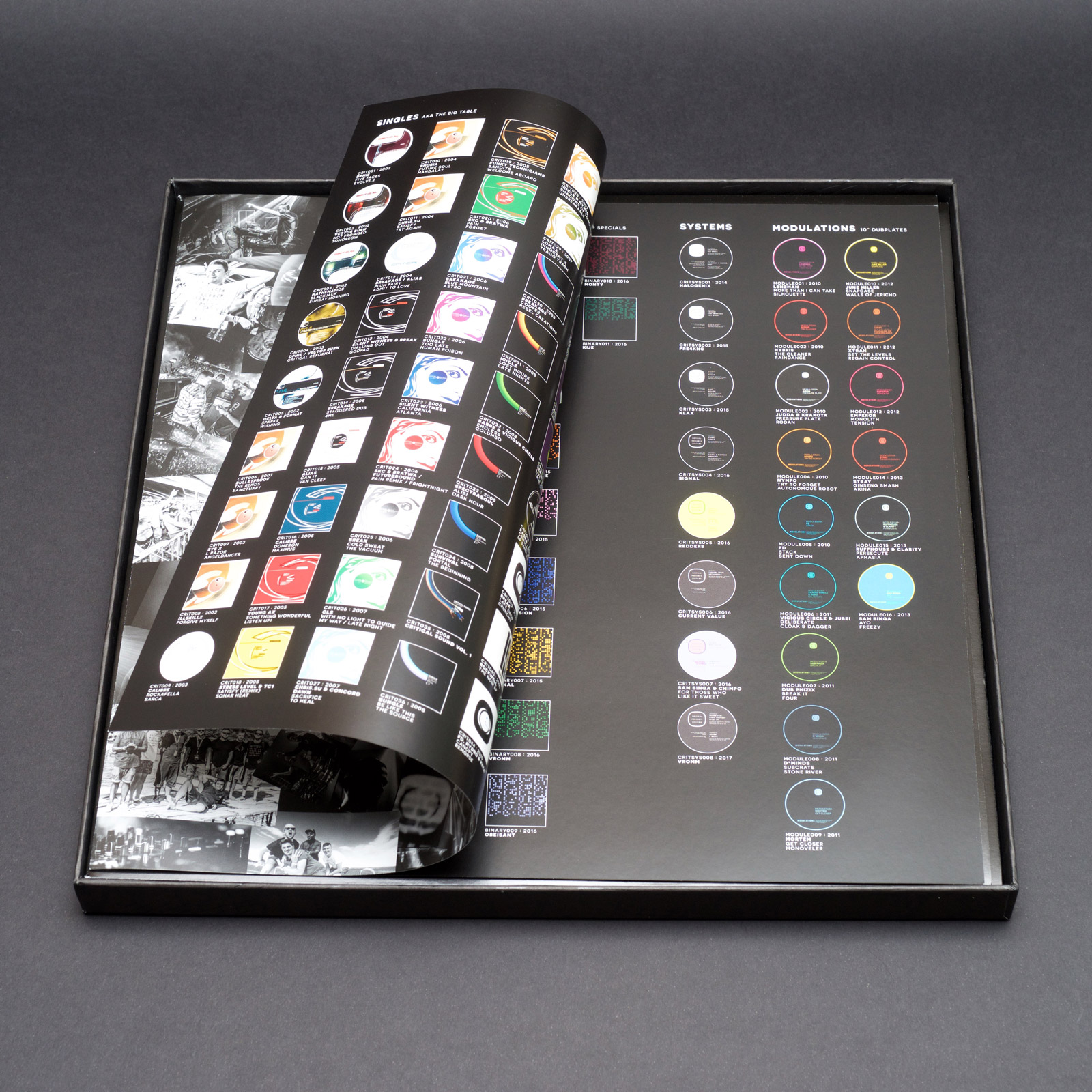 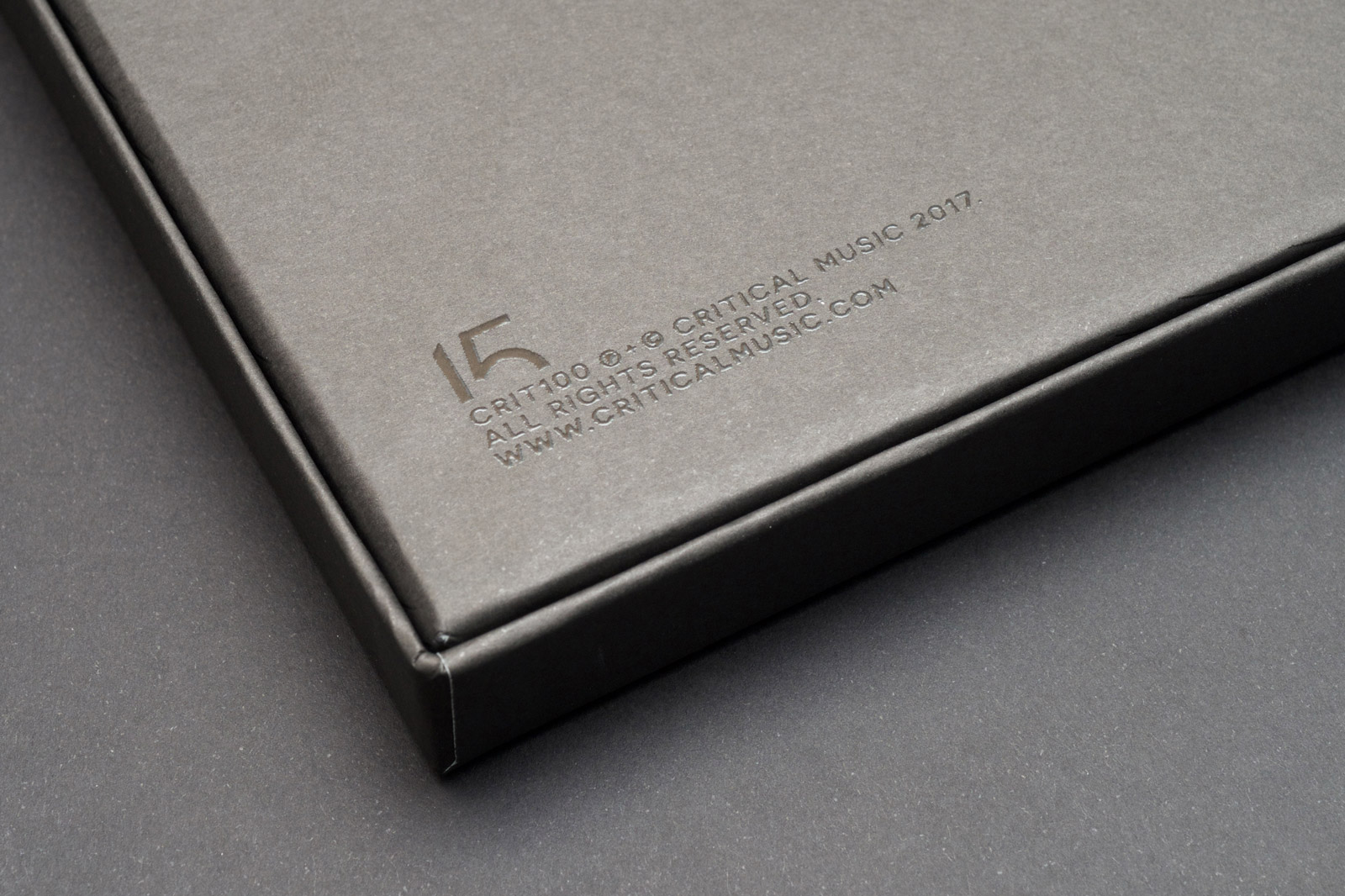 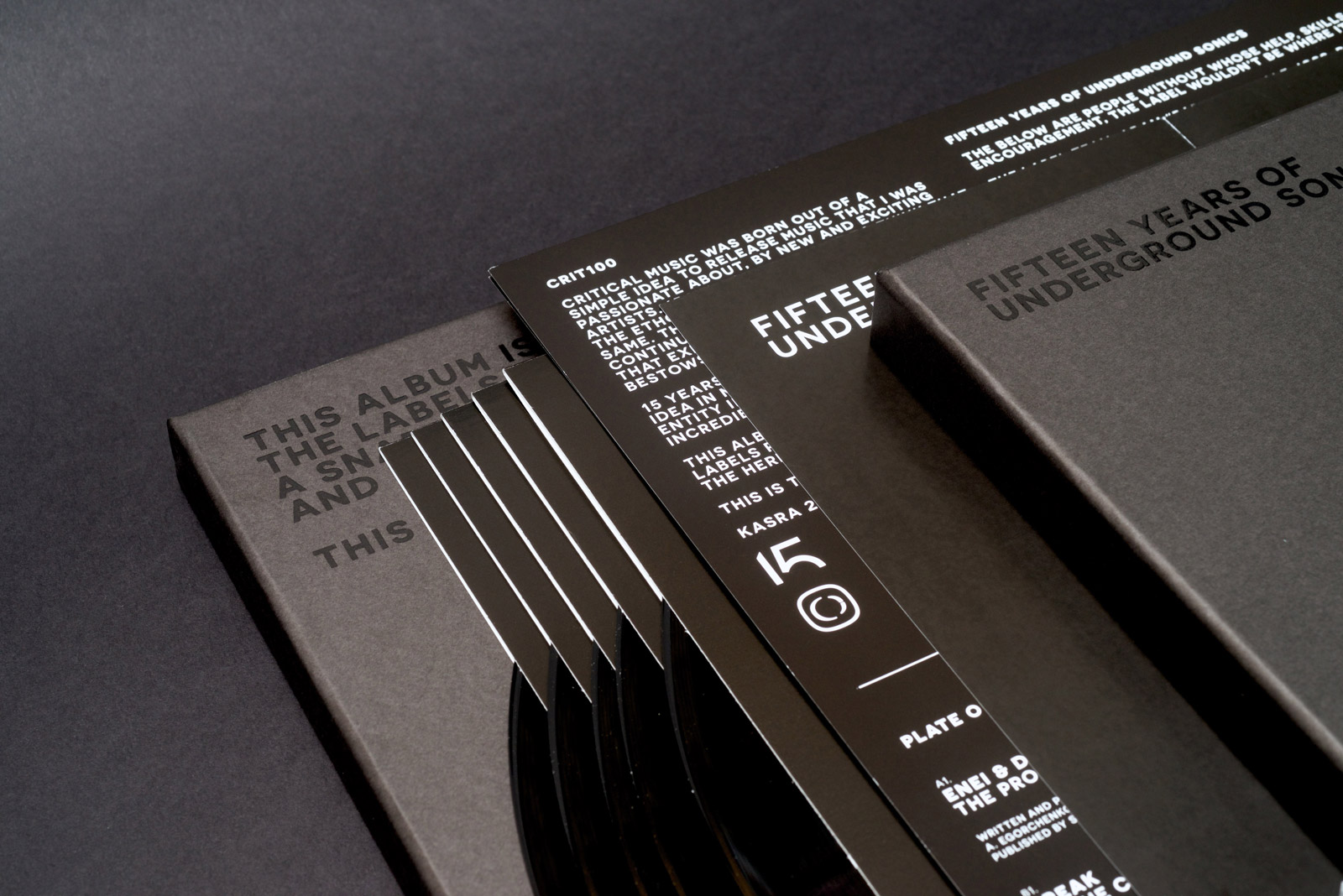 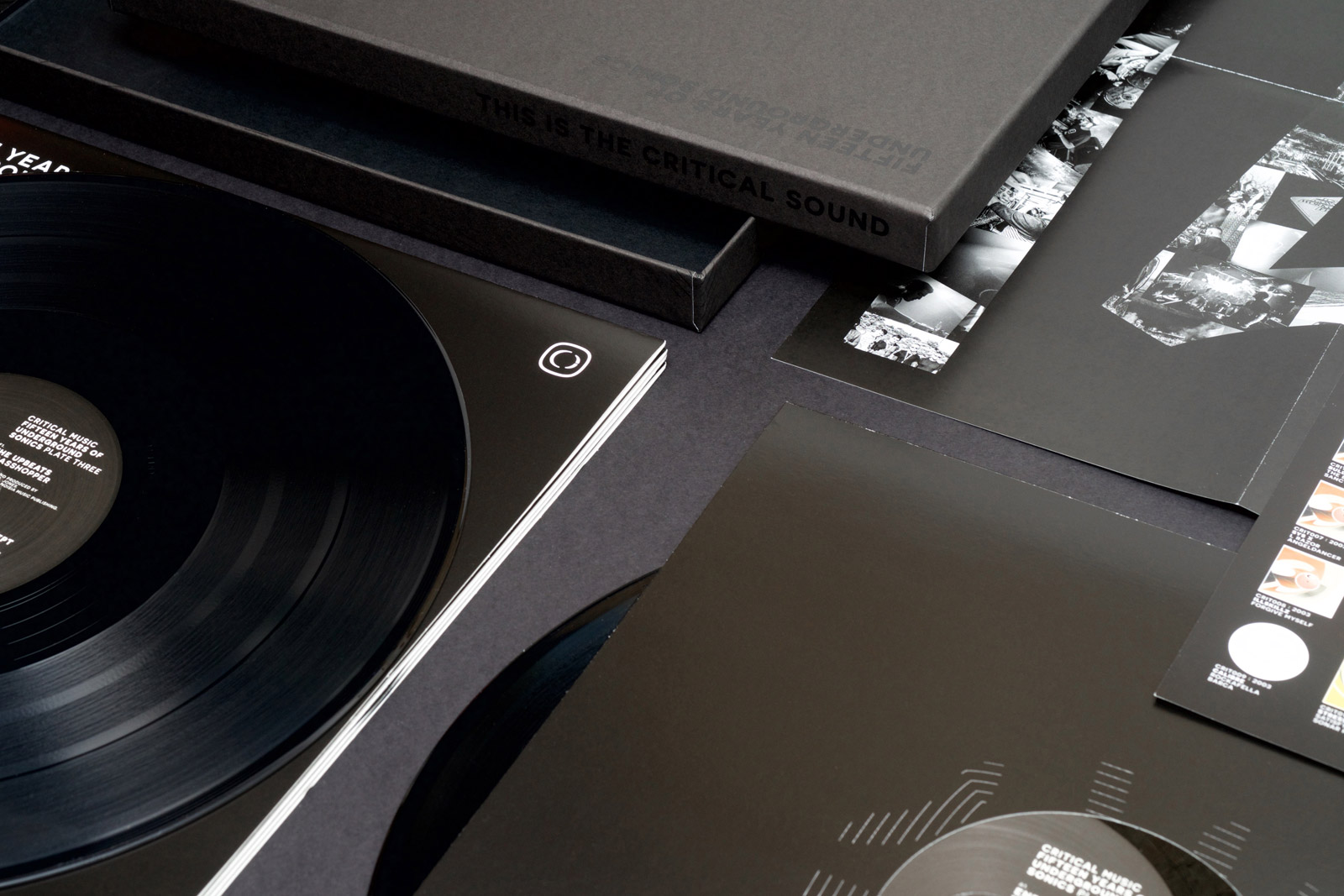 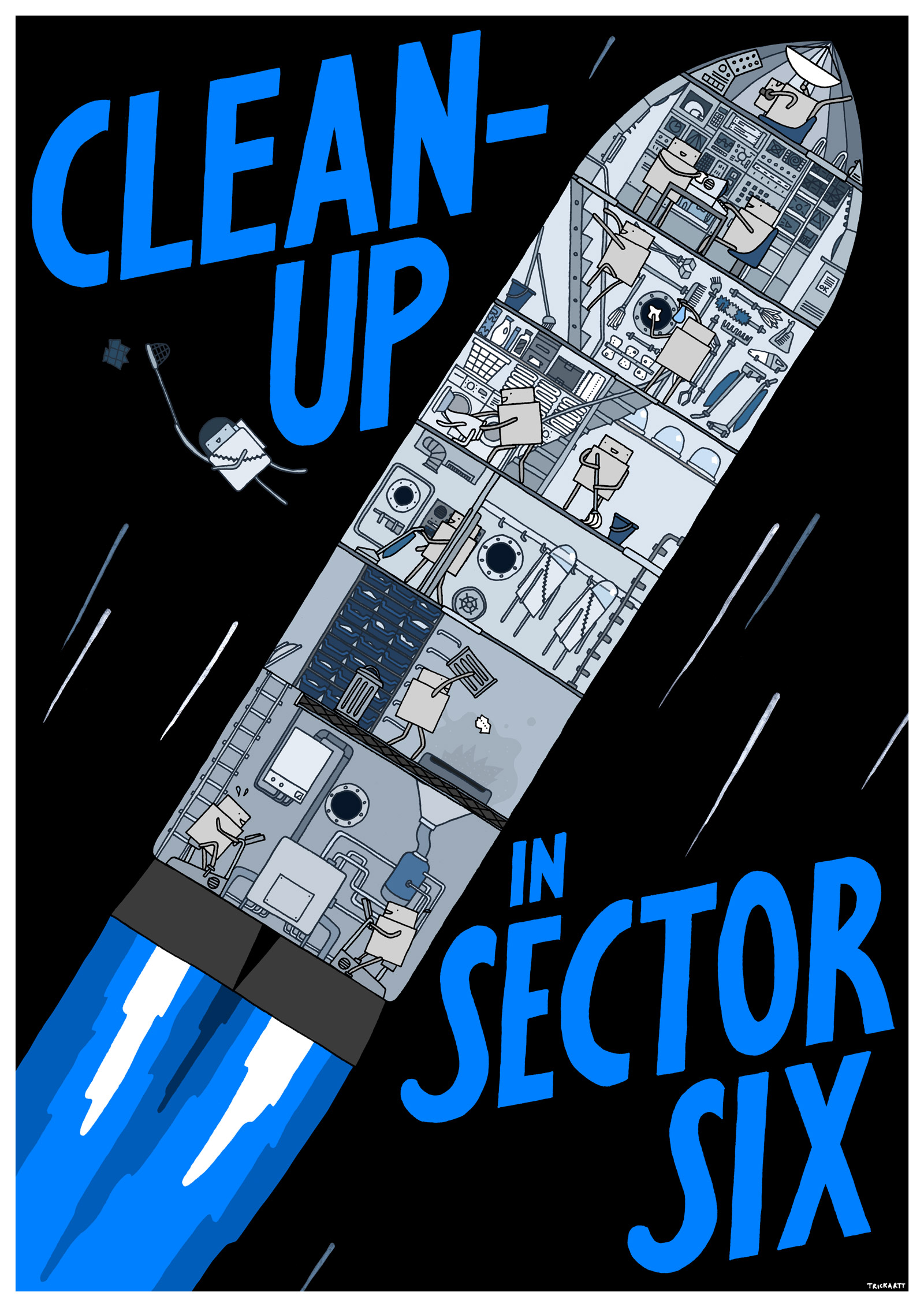 I created the above illustration for Barbican’s Sci-fi poster competition. Clean-up in Sector Six imagines a team of domesticated robots commissioned to travel into junk orbit and collect the space junk that is floating out there. Inside their rocket ship, they dismantle the trash they capture, and after sorting it for valuables, use the rest as fuel for their engine that powers the ship. They’re kind of like space wombles! Of course, because their job is cleaning, they can’t help cleaning up their ship perpetually as well.

I do like to think about junk orbit from time to time. Some of the stuff floating around up there would have been the most expensive objects ever created in their time. Now they just hover around out there, trying not to cause any accidents. Kind of like how I feel on the internet.

Here is my latest and greatest record cover artwork! It’s for St. Petersburg’s Bop, and a collaboration between Med School and Microfunk. 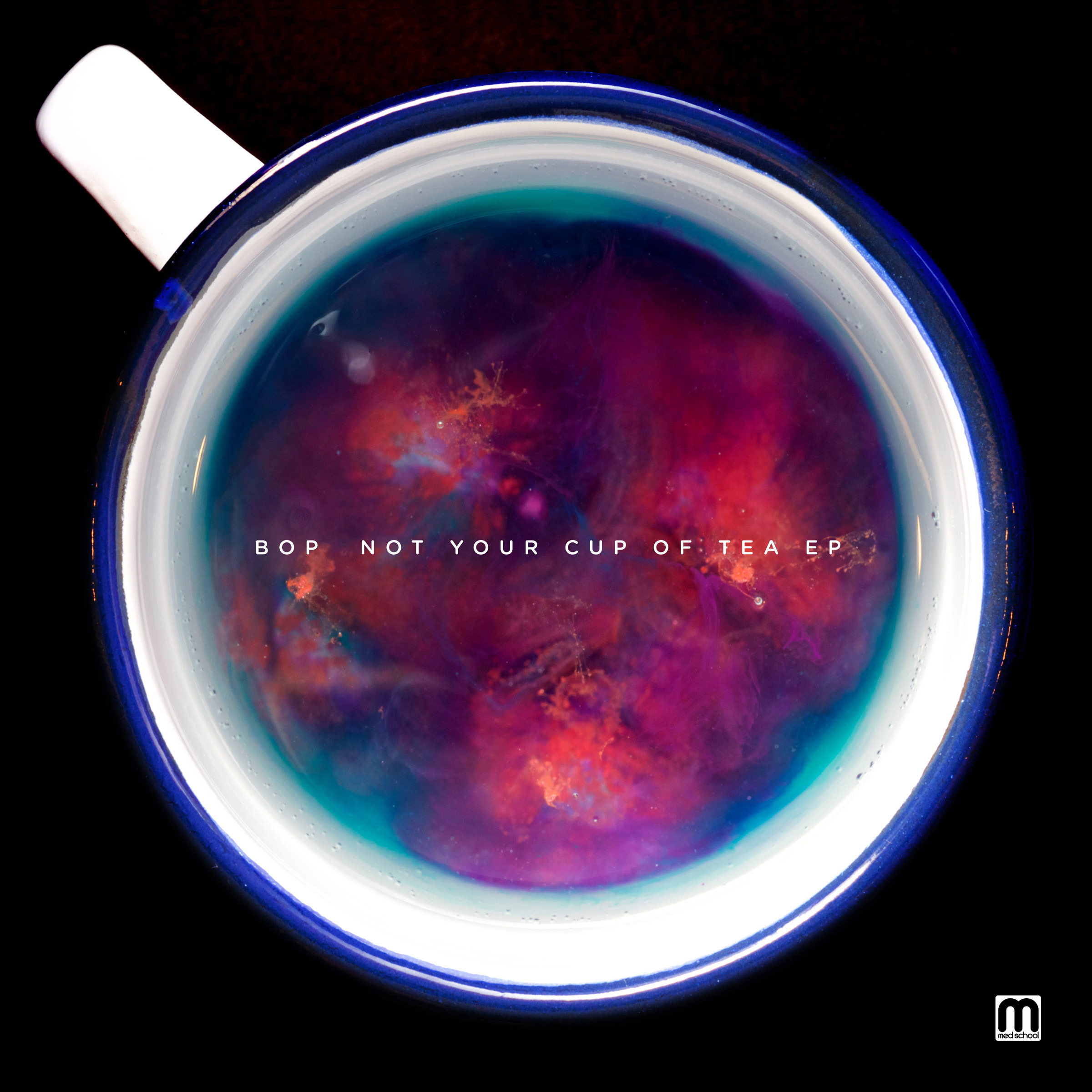 Bop wanted the artwork to look “pretty but a little bit dangerous so you wouldn’t drink it”. I tried using petrol to get a thin-film effect, but it made my Rickmansland studio smell like a garage. After a different approach, I ended up on this psychedelic cup of cha. It’s one of my favourite pieces of artwork in a little while, and it’s out today!

Since I started making an effort to publish a new Post-it note every day, these books have been filling up a lot faster! I filled up my latest sketchbook in February, and it covers the time from Summer 2015 to now. It’s like watching my life flash before my eyes! 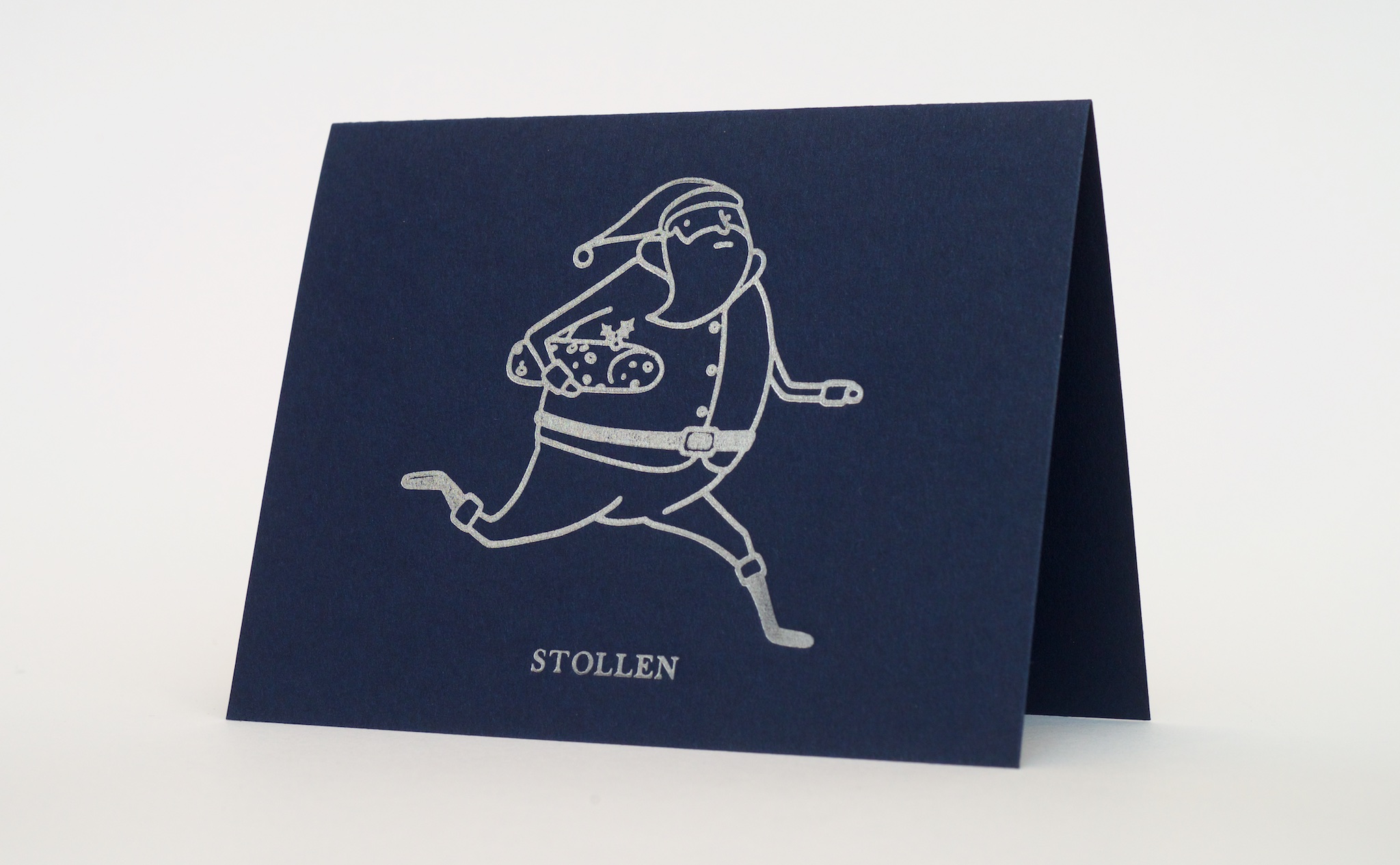 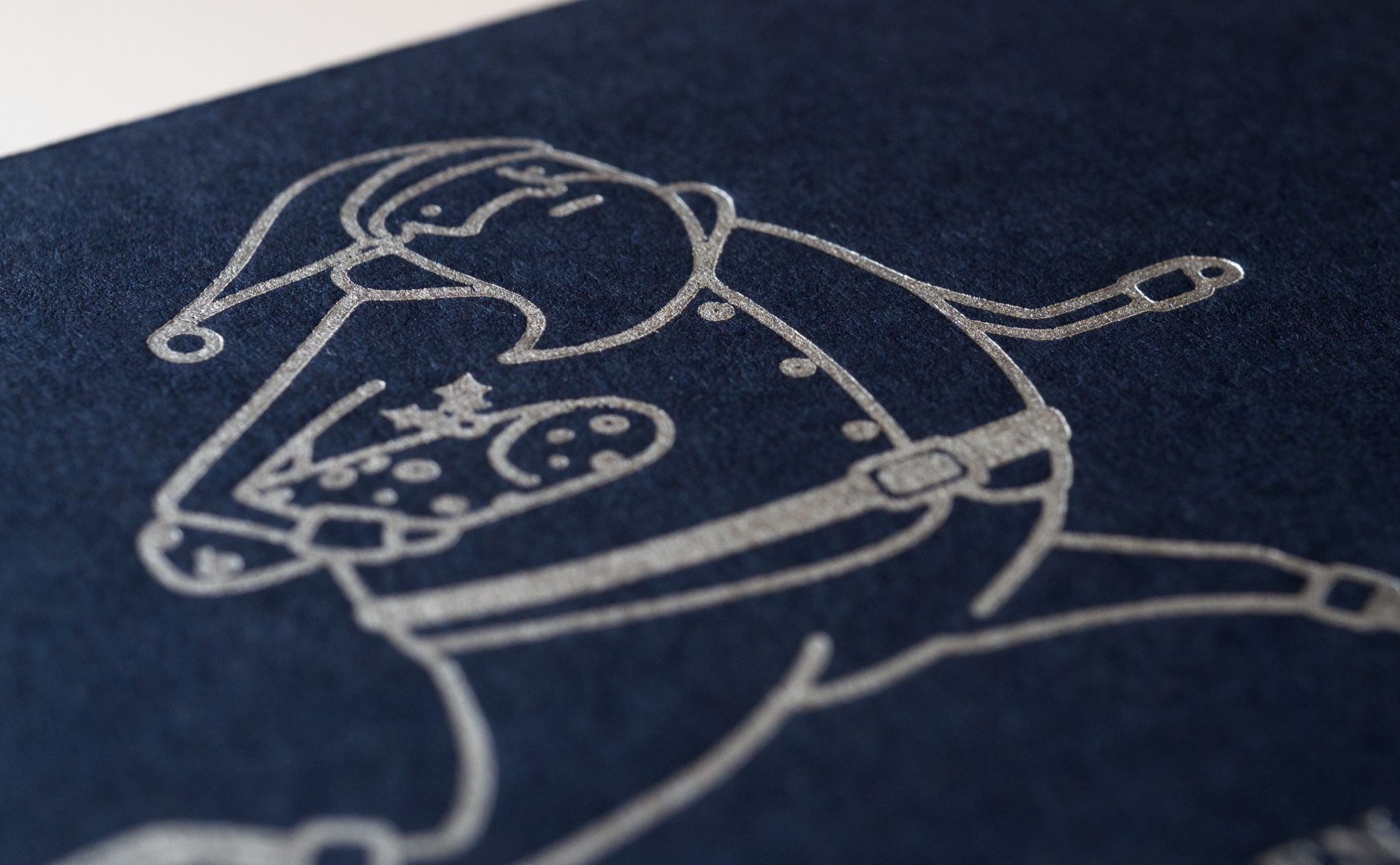