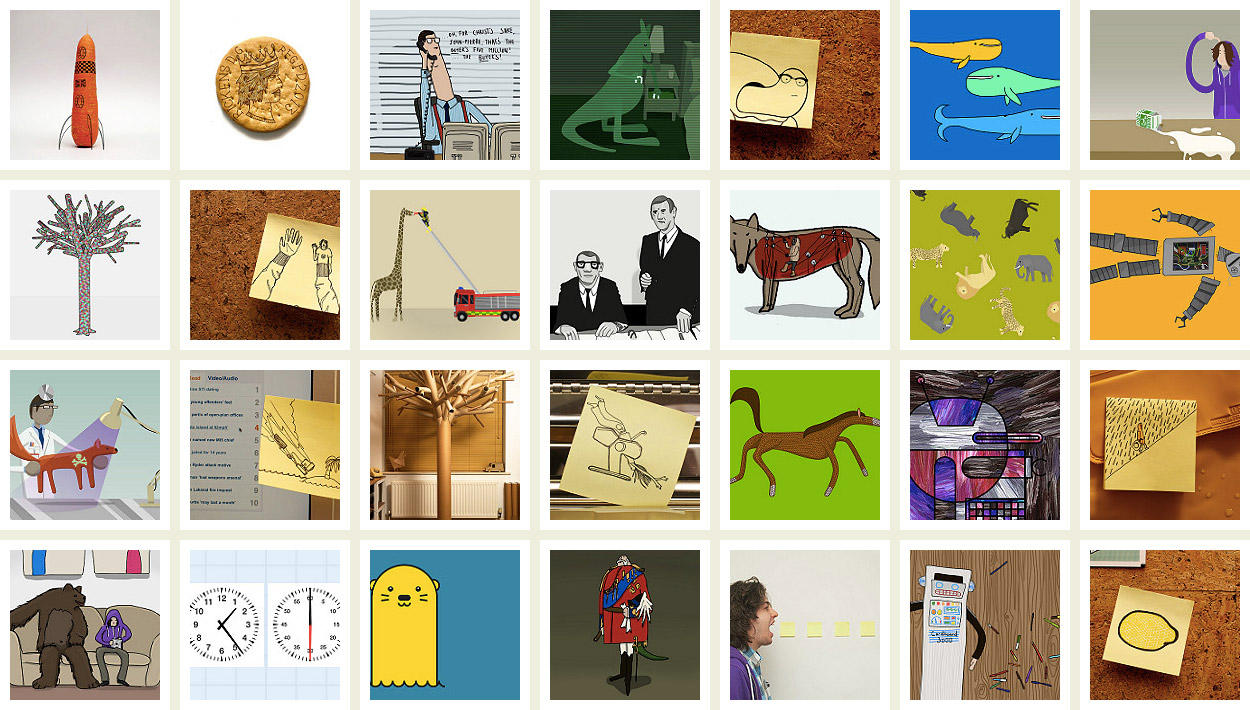 I keep a running list of daily creativity ideas for days when I feel less inspired. The great thing about looking back at the list for inspiration is I’ll have no idea what I was thinking when I wrote these things down (High-definition Hands? Berlusconi cheese!?), which can lead to unexpected reinterpretations. One of my favourites from this month emerged under these circumstances: I’ve no idea what I had originally thought when I made a note of Counterfeit Dog, but as an illustration, I’m pleased with the end result.

It’s been a surprising month in Rickmansland. After feeling like I had such a powerful month last month, I spent the past four weeks feeling largely uninspired, but in retrospect it’s been a pretty good month too. The cardboard tree was (physically) the biggest thing, while the Pool Clock was the biggest virtually – it developed a life of its own on Tumblr, where it has had hundreds of likes and rebloggings since I posted it. Apparently there’s a big swimming contingent on that platform!

I’m also really pleased with Wasted Udder Juice – a typically cryptic commentary on Margaret Thatcher’s death that also happened to be a neat little illustration. The Post-it Pac-man is definitely worth a mention too – it’s the first animation I made this year, and by some fluke it also happened to turn out pretty much as successfully as I had imagined, which is a welcome rarity in my universe!

After the fold are all the old direct links, for posterity’s sake. END_OF_DOCUMENT_TOKEN_TO_BE_REPLACED