Skip to content
I’m not entirely sure why I let myself leave updating my blog until I have loads of stuff to put up in one go, because it just makes my blog take longer to load, instead of spreading all thew pictures and text over more entries. I guess it makes me feel less like I’ve just set up a wordpress blog I’m using as my portfolio (as seems to be popular for lazy designers!)and more like I’m doing a proper job of my website?

Anyway! After an admittedly quiet spell in late autumn (the weather may as well still be late autumn too, despite only being a week from christmas now… Good old Blighty, keeping weather worth making smalltalk about), I have plenty of stuff to show here.

I put a couple of new wallpapers up last week for your aesthetic pleasure. The winter sun was designed to cheer Lilly up, but proved popular with friends too, so I decided it was only fair i shared it with the world. The second one was actually a pitch for the cover of the forthcoming Future Sound of Tokyo album on Hospital that we all decided against, but still made a nice wallpaper. It was deeply inspired by Tokidoki, so sorry Tokidoki- it’s cos I love you! 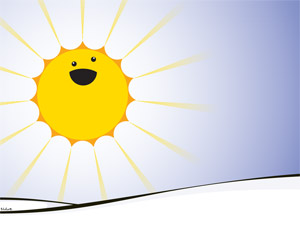 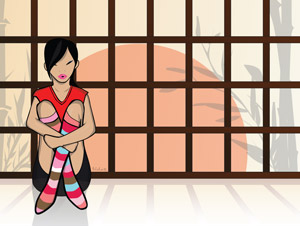 Speaking of Hospital, here is a project I’ve been working on for them of late- Herbal Flyers. A few months back, Chris decided to change the format to the Square and has left me in charge of the design of the fronts, as long as I maintain the H logo at the same size on it. 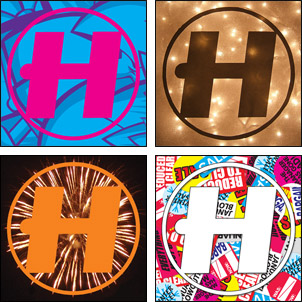 It’s turned out to be a really fun project as I’m being given a lot of creative freedom with the designs, involving all sorts of crazy junk like fairy lights, underfloor insulation and thinking up cheesey january sales tags… The flyers here are for November, December, New Year’s Eve and January.

If you’re in London in January, I reccomend you come down to Herbal (182-184 Kingsland Road, E2 :P) on Friday the 19th, to see my good self pushing some records together for the early set, anlongside friends such as S.P.Y, London Elektricity and Cyantific in the main room and The Goose, Zac Vibert and Riley bringing the upstairs freestyle funk. You don’t have much of an excuse as it’s FREE ENTRY all night as a happy new year gift from us at Hospital!

Been getting involved with Knowledge Magazine this winter. Here is an advert / poster for BarKnowledge in Chamonix i knocked up for them, complete with a tiny marmot, who is wearing headphones and a very Isadora Duncan -esque flowy scarf. 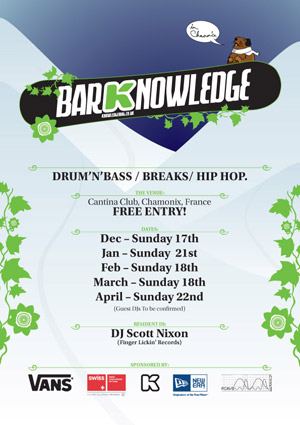 Knowledge also kindly offered to run an editorial article on myself in their regular art section too, so you can check that out in the issue with Mistical on the cover (not the Ed Rush + Optical cover tho! After some editorial errors in that issue they graciously offered to reprint the article correctly, so we’ll pretend that issue never existed in Casa del Trickartt…) for a nice little article about me and some pictures of my work! 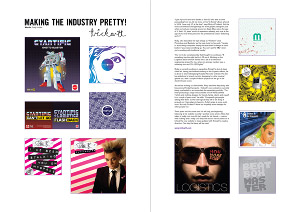 Speaking of Mistical (are you getting tired of the links between everything I’m writing about yet? No more now, I promise!), I managed to get in contact with the boys at Soul:R and pitched some ideas for their album at them, which I can now announce is going ahead! Here is the cover- very minimal, like their style, and a clever play on the title. It’s worth noting this will look considerably different in print, so expect some photos of it put online when it is printed.

Here’s an odd little project I undertook lately. I did the coding aspect of the design of Lifted Music’s forum last month. You are probably thinking ‘that doesn’t look very Trickartt!’, and if you are, you’d be right, cos the artwork isn’t my work. it’s done by a chap called Carlos from NitroCorp, who is a talented fella and did a lovely job of getting the artwork appropriate for the label. Again, this is one of those projects that doesn’t really deserve a place in my portfolio, especially as it’s not my artwork, but the design is still my work so it’s worth showing here. 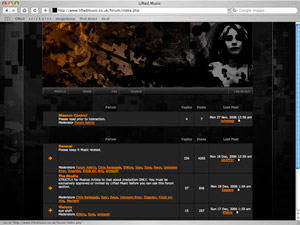 Last thing to show for tonight. In a bid to get more people wearing my designs, I’ve decided to start painting more tshirts for people beside myself. here is one i did this week for my friend Budgie, hence Trill, the popular Budgerigar feed. simple and silly, but a cool design nonetheless. 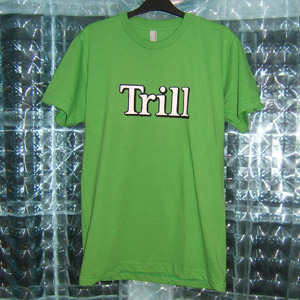 That’s enough for now. My next update will prolly be after christmas, showcasing some of the gifts I have made for other people… I don’t want to put these things online before they’ve recieved them tho!