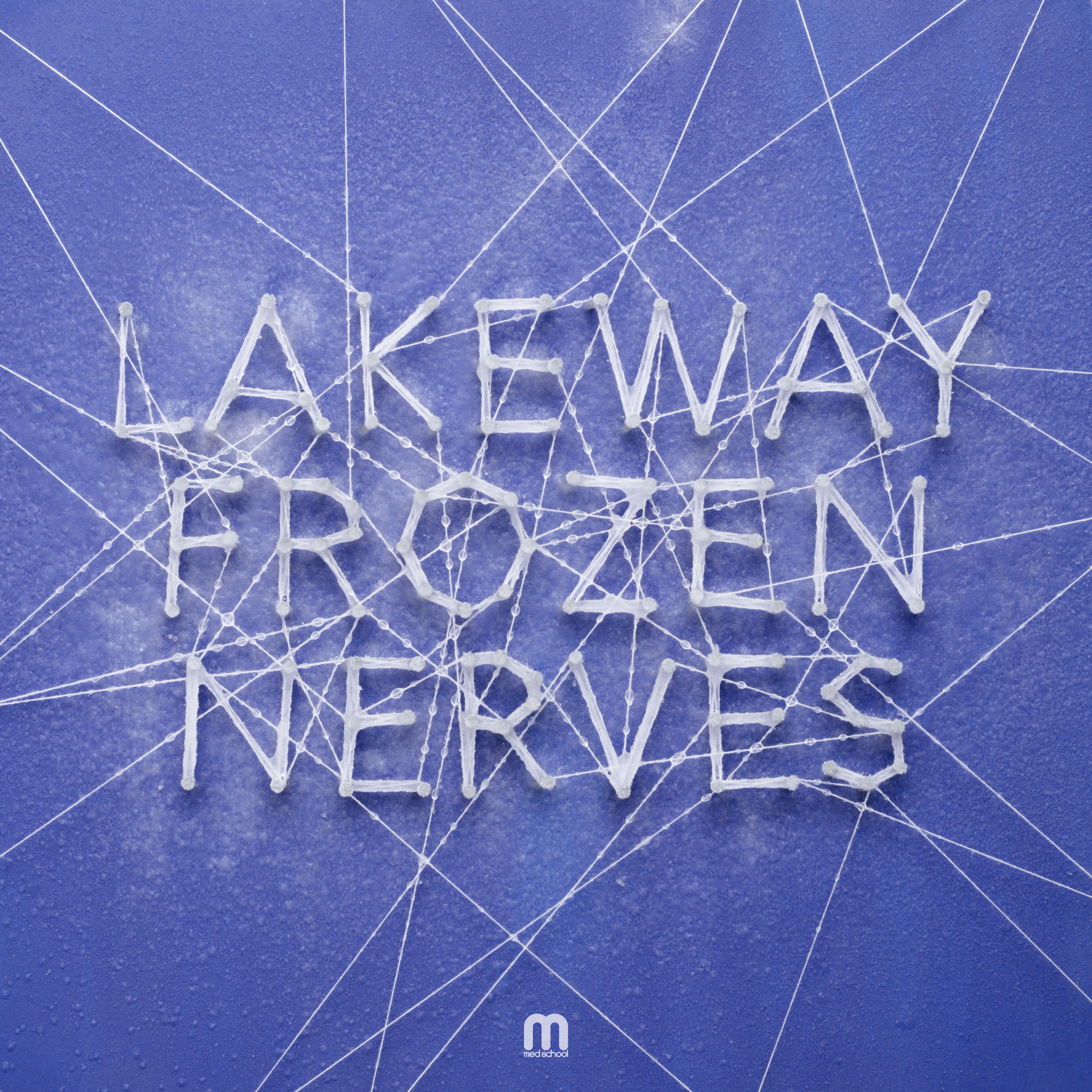 Exciting times arrived in Rickmansland this spring, bringing a small commission from a big company. Red Bull asked me to design a T-shirt for a music event they were hosting in June. Named The Odyssey, the event took place on a small armada of boats on the Thames. 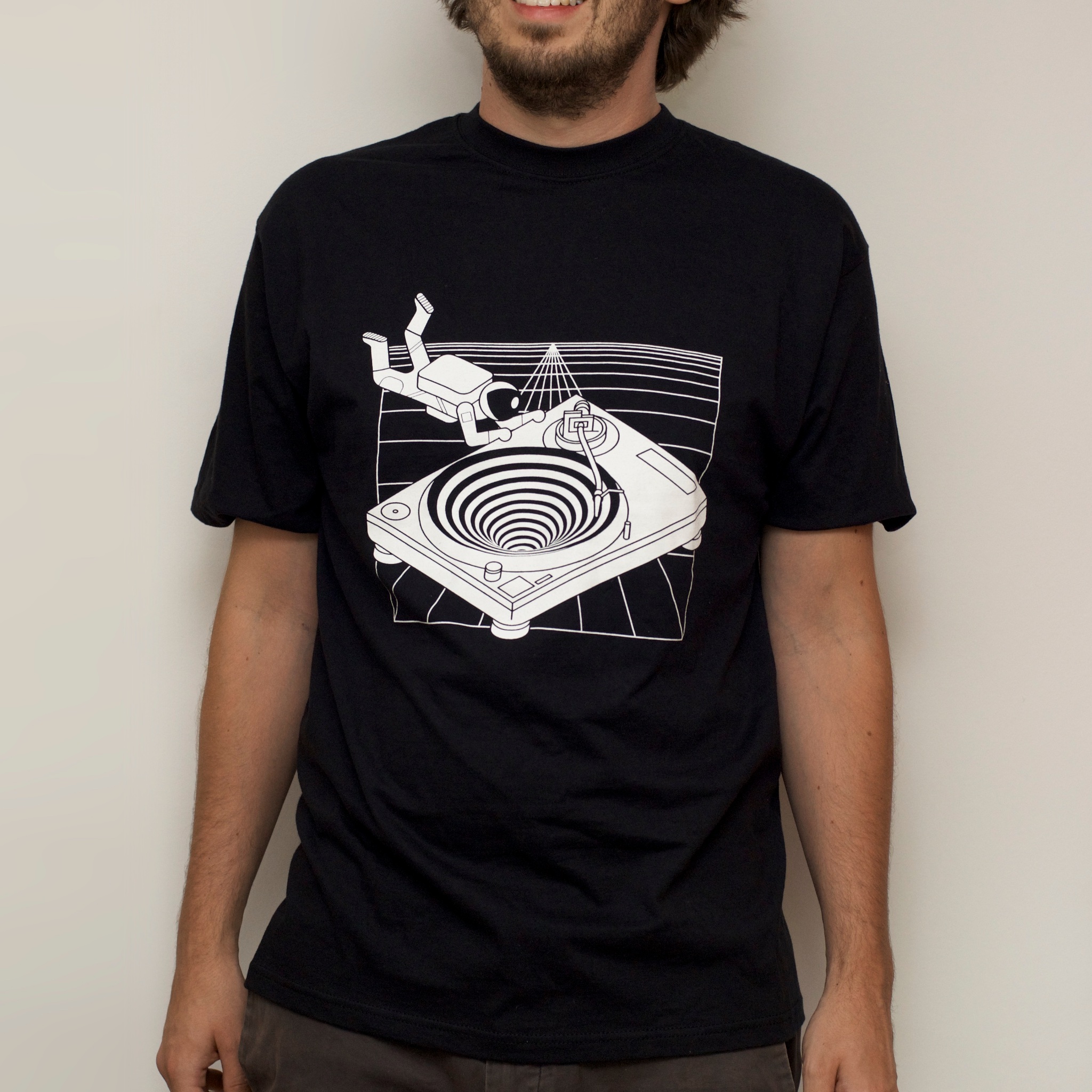 I was asked to come up with a design that I felt represented Drum & Bass music, and being me, I wanted to steer away from the hoodies-and-graffiti visual cliches of the genre. Instead I tried to illustrate what the music does – offers a place to escape into something totally different to other stuff we have on our planet and sink into a different dimension. 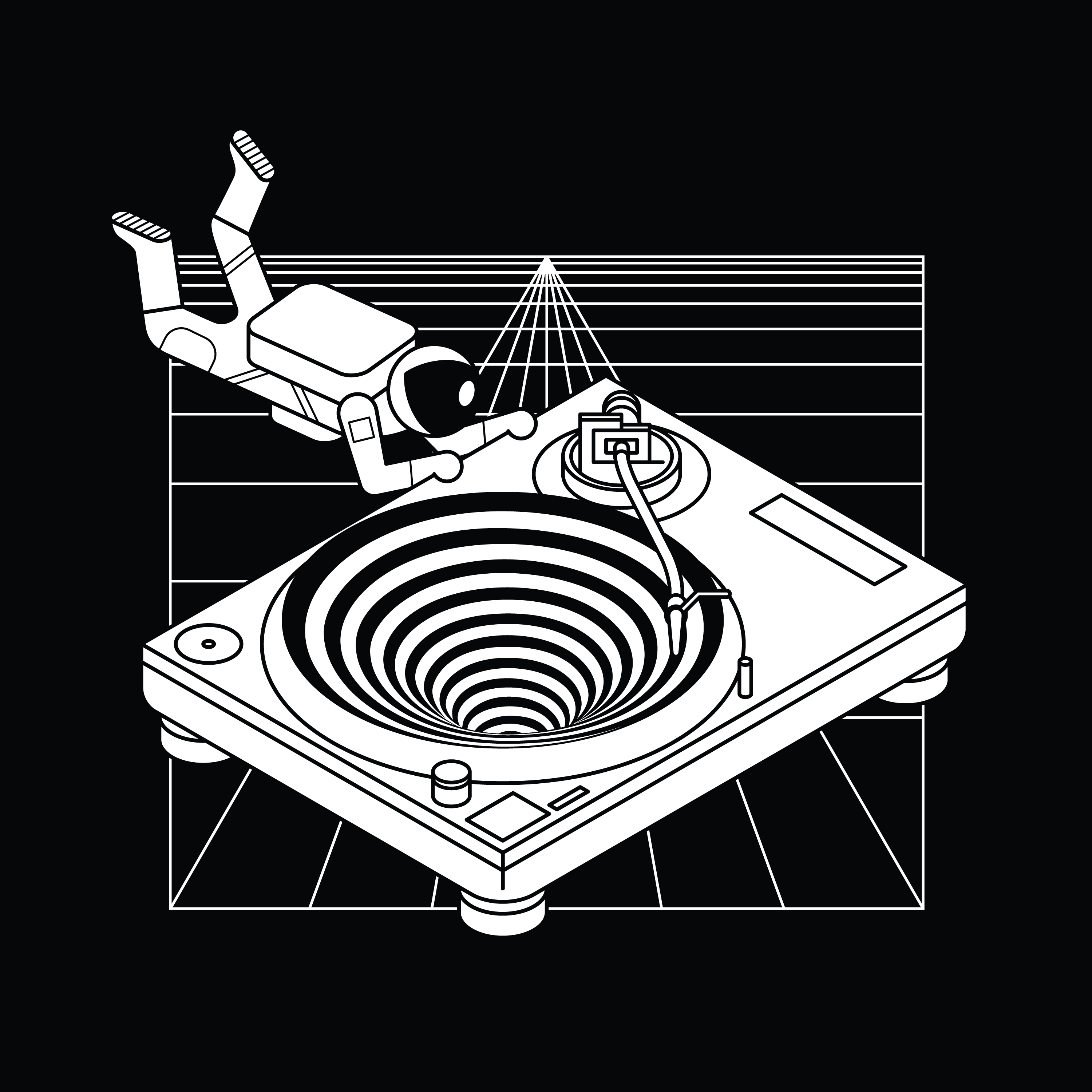 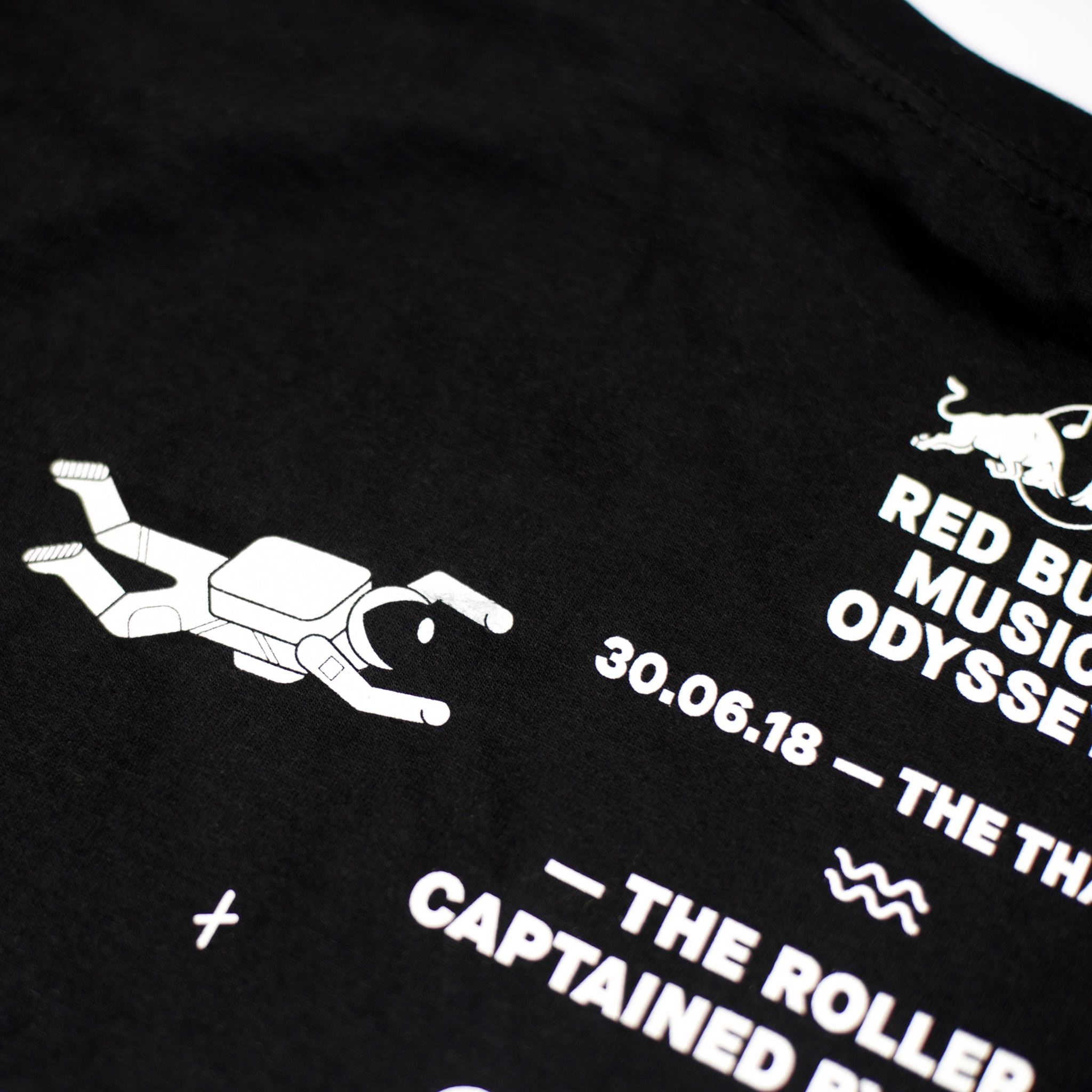 Red Bull were also kind enough to post a brief interview with me onto their website, which you can read here. I am thankful that even with the tint of hindsight, I don’t sound too ridiculous in the article. If you like the T-shirt design, you can order yourself one here!