I live in Rickmansworth. It isn’t really fair to call it my motherland; I just couldn’t resist the alliteration! I might not have been born or brought up here, but I have been living here for a good few years now and am kinda attached to it. In fact, the townspeople seem to like having me here too, as every May, they get together and celebrate ‘Ricky Week’!

At Ricky Week a couple of years back, the church at the bottom of my street opened its tower to the public, so Lilly and I went up there as it offered a nice view over our village. While we were up there, I overheard an older fella muttering about how the village has been ruined by all the modern architecture.

Taste is obviously very subjective, but it got me thinking about how much architecture goes unappreciated in the world. There is some great modernist architecture around here, and while I might have an appreciation for it, I get the feeling it isn’t shared by many.

It’d be a shame to see it gone and forgotten though, as we never know what the future may hold and what may swing back into style.

There used to be an Odeon cinema around the corner, but it was declared to be not profitable enough and ended up being demolished in the fifties. The few photos I have seen only exist because the owner at the time was eccentric enough to send a photographer to take photos of all of his buildings, but there must be so many details that are gone to never be seen again. Thanks to the modern age we live in, everyone has a digital camera and can spout anything out to anyone who wants to listen via the Internet (what I’m doing here), so places that exist today may not disappear as quickly as those from sixty years ago, but it’s still good to appreciate them in one form or another while they still exist!

Drawing pictures of the local modernist buildings started with the local fire station. I think it was partially the mystery of its chimney that appealed to me, but its functionalist boxiness is great too! 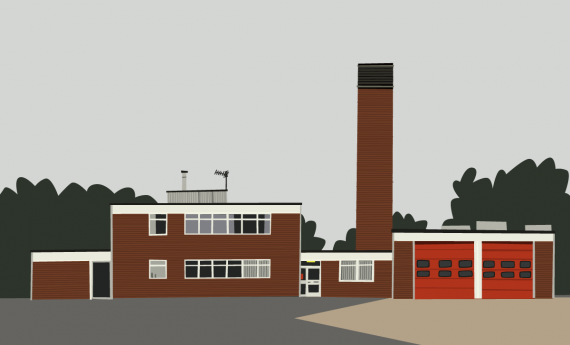 My drawings of local buildings have grown into a bit of a collection now, so I have put them all in one place- here! 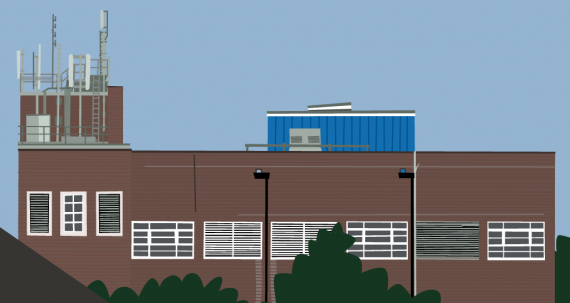 The exchange and sewage works are probably a bit more art deco than functionalist, but they’re still great modernist buildings. 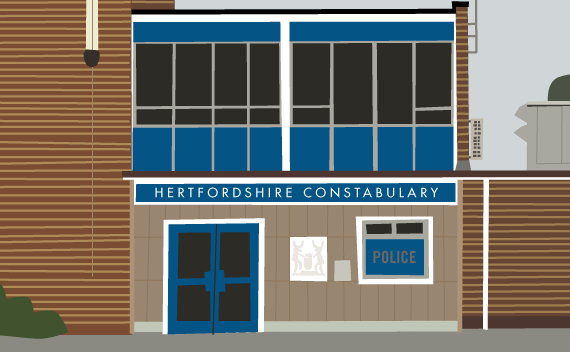 I can’t imagine buildings like the police station lasting much longer. It was opened (along with the fire station) in 1958, so it’s lasted more than 50 years so far, which is pretty good going. I will be kinda sad when these buildings go though, as they had to have been successful pieces of design once.