Shock Horror, I’ve joined another social network recently! This one is called Central Station– it appears to be a network for creative people. I guess it’s similar to Behance, but I never really understood that, and this appears to be a bit more British (well, Scottish, to be precise) and a bit more personal.

Anyway, I don’t really understand this either, but it’s probably because I’m not very good at being social, and to me a network is something you make with CAT5 cables and Wi-Fi. Regardless, it seems pleasant and I approve of the post-it-note yellow, so I’ve put up a bit of work for other members to look at!

Putting stuff up seemed to be the right thing to do too, as people are looking at it! CenSta first added my Post-it book to their blog of things they like in February, which was very kind of them. It’s nice to be nice to the nice!

Not only that, but they then went on to feature my stopmotion experiment from 2008 ‘Full Mouse’ (embedded above or here on Central Station) in a prominent position on their site, which went on to get more views in the space of a week than it ever did anywhere else on the internet combined. Amazing!

So if you’re creative too, or if you just want to be a member of another social network, you should check Central Station out! It doesn’t matter if you’re not Scottish – I’m pretty sure I’m not a Scot, and they’ve been very welcoming to me, as I think they are trying to grow beyond Scotchland.

Update: They’ve put the video on their front page now too! cool! 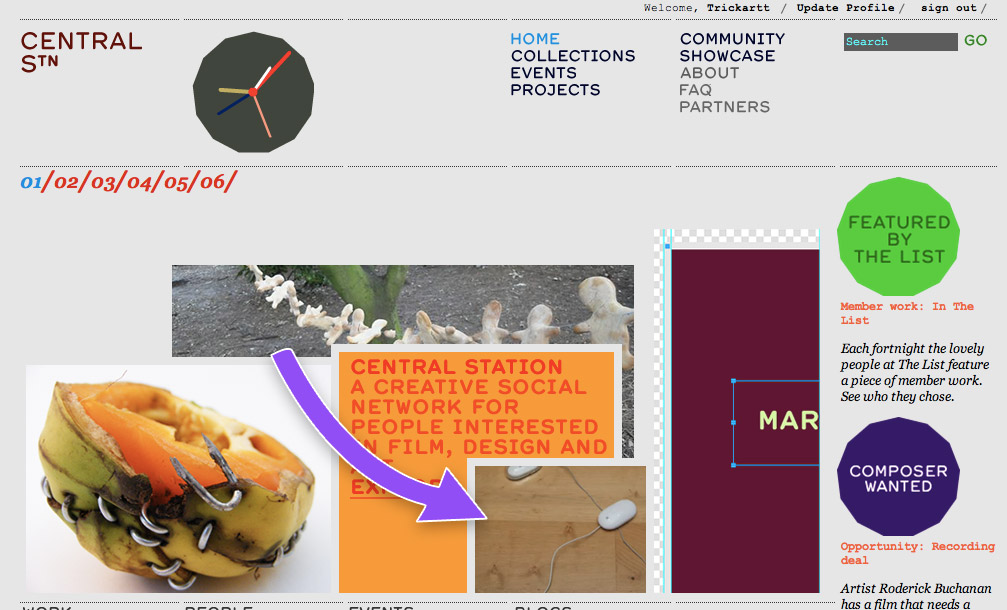