Skip to content
it’s a man. in a pink hippo suit. with meat glued to his feet. clutching a ladel. in a cornfield. 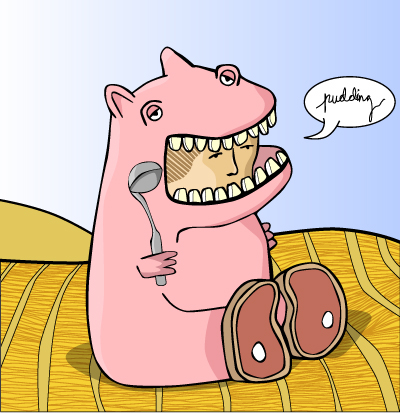 he longs for pudding. i’ve been drawing nonsense as a means of anti-stress. i like it.

so today i made my first trickartt tee. bad company style!

i’m yet to perfect my techniques but it went really well for the first tshirt i’ve ever printed. means propa ones are another step closer 😀 la-de-da photoshopped pic 😀

just found this in my iphoto, thought it was worth posting… 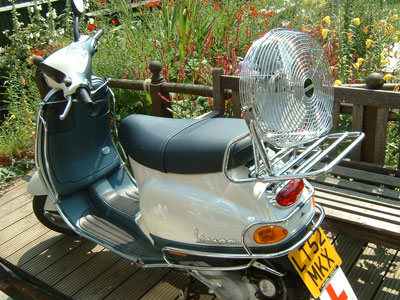 An experiment i’ve been working on today, with type and an old line drawing / wallpaper of mine… thought it was kinda crazy. inspired by ni9e. certainly an idea to develop on… 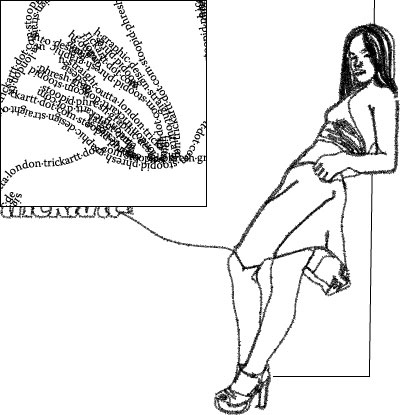 ok so we have some hotdog firsts. again, to those that recieved some, post pix, and for those that want some email (don’t aim, i’ll lose your addy) me a postal address and expect some at some unknown future date. thankyou to my good sir flea for the first, and my man korbs for the second…

it’s blurry, but you can see what’s going on ;o)

Also occuring of late, saturday was the launch night for leetradio, on which i played. it was an honour to have the first cockup of the station, damn trial of nicecast adding mad noise… got it sorted swiftly tho and broadcast was good, until i started doing bad thigns with 80s music for the last half hour. and i’m quite pleased i finished with ‘who killed bambi’ by the sex pistols. hohum, next week i aim to have my mic sorted so i can be a bit more free with my slection. doesn’t mean i won’t be mixing tho :D. so don’t forget you can check my mixing spectaculars every saturday 8-10pm gmt on leetradio.com.

And also moving and shaking in the world of trickartt is tshirts. i aim to print up some prototypes (don’t worry if they do turn out good (i don’t see why not tho ;D) pics will be posted somewhere on this site) within the next week of my first deisgns, which means sellage to you guys isn’t far off. as usual, feel free to contact me to express an interest or a suggestion or whatever 😀

The next piece of trickartt work to grace your stores / shelves / bodies should be nu:electro sleeves, which are so hawt right now, and the music’s damn good too. if you’re lucky there’s some promos of ELC003 & 004 at beta store but you don’t want them. cos you want my superhot artwork. which you’ll also be able to buy in advance from the beta store.
Also forthcoming are prospects of trickartt critical tshirts, which would be a very very limited run. then also on the horizon is the pi recordings art (see portfolio), which i’m really looking forward to seeing printed ( i was thinking how great my logo would look as a picture disc the other day actually hint hint sir linus :P), and the dogsonacid sisterlabel ‘under construction’ [see finished logo] artwork. which is gonna be big!

i’m off to update my portfolio a little bit now. and if you haven’t checked already, i put a very 1970s but still sexy trickartt november wallpaper up for your downloading pleasure on sunday too. ttfn.

so i’ve been working on this really dull project on the tube for college, but i’m finally making progress, and the canvas (after the forst one collapsing and me messing up the second one) is looking good at 3rd time lucky. you can see my original drawing here, but it’s kinda wide. 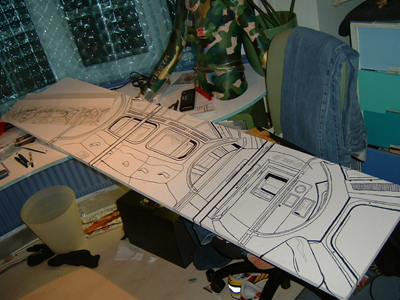 i inherited another boombox today.. this one weighs a tonne and is huge, but at least i can hook my ipod up to it. bohg! 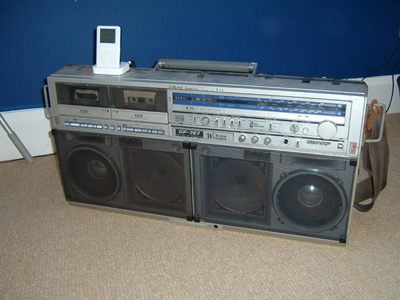